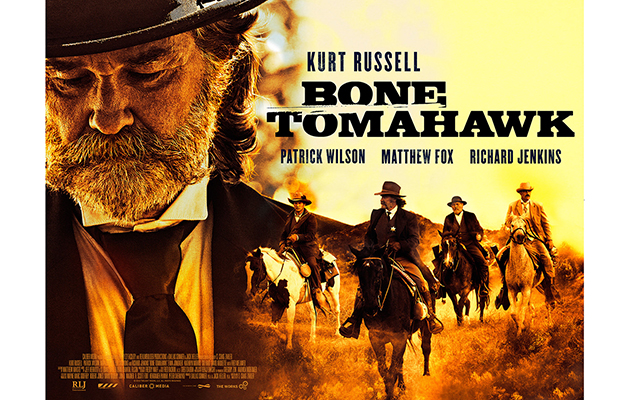 Bone Tomahawk is perhaps not quite as crazy as the words ‘cannibal Western starring Kurt Russell’ might otherwise imply. Zahler’s film is well-crafted and leisurely paced, shot through with wry, wintry humour. The film is set in the quiet town of Bright Home (“Do you want some coffee?”, “No reason to stay up”), where most of the able-bodied men are absent on a cattle drive. Following a grisly murder and abduction, Russell’s sheriff Franklin Hunt and his “back-up deputy” (Richard Jenkins) lead a small posse after the culprits.

Zahler moves patiently through the first half of the film, allowing his characters to play off against one another before events slip into darker, more gruesome business. Zahler – a novelist making his feature debut – clearly enjoys his characters’ lengthy, digressive conversations. The sudden, queasy lurch into horror isn’t entirely successful: it is as if Zahler has bolted The Hills Have Eyes on to the end of The Searchers.

But the performances at least are strong – in particular Russell’s quiet, authoritative sheriff and Jenkins as his amiable sidekick. Although not wholly successful, Bone Tomahawk is nevertheless the latest example of the quiet renaissance that Westerns have enjoyed over the past few years – Blackthorn, Meek’s Cutoff, The Salvation and Slow West among them.