Warhorse: Songs and Stories – Hüsker Dü veteran makes peace with the past... 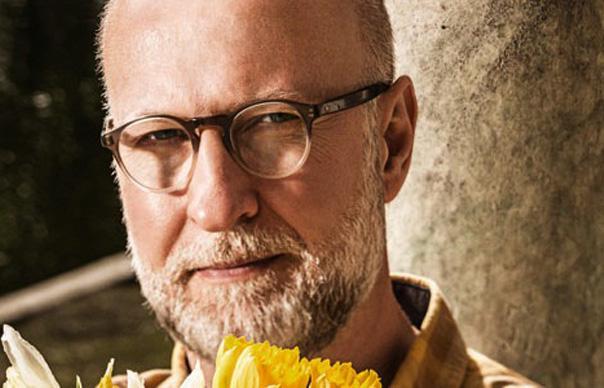 Warhorse: Songs and Stories – Hüsker Dü veteran makes peace with the past…

That guitar sound again: the sound of glass shattering, the sound of a hurricane howling. The sudden sandblast squall that whips up about 50 seconds into “Kid With Crooked Face” – the fastest, most furious moment on Bob Mould’s latest album – is giddily familiar. Endlessly imitated but essentially unused since Hüsker Dü split up in 1988, it’s perhaps the mightiest weapon in Mould’s armoury, and on Beauty And Ruin, it is the sound of permafrost cracking.

For Mould’s 14th full-length outing post-Hüsker Dü may be the first to fully engage with that part of his musical legacy. The Minneapolis three-piece did a fairly indifferent job of following up their mind-blowing (10), (10), (10), trio of Jackson Pollock hardcore LPs – 1984’s Zen Arcade and New Day Rising, and the following year’s Flip Your Wig – with Mould, songwriting foil Grant Hart and elaborately-moustached bassist Greg Norton disbanding after two frustrating albums for Warner Brothers. Mould and Hart have done fine things since, but neither have dared to turn the distortion and chorus pedals on in the same dizzying combination until now.

Inspired in part by the death of his father, Beauty And Ruin’s ruminations on mortality are hardly new territory for Mould, who sang in 1986 on Hüsker Dü’s stark “Hardly Getting Over It”: “My parents they just wonder when they both are gonna die; what do I do when they die?” However, his lyrics here seemingly derive less from a need to come to terms with his father – depicted in Mould’s autobiography See A Little Light as a controlling, violent alcoholic who never acknowledged Mould’s homosexuality – than a desire to stare down the disapproving glances of his younger self.

The “tales filled with riddles and rhymes that I just don’t recognise” on the perky “I Don’t Know You Anymore” might detail a conversation with his dying father or an unwelcome encounter with the mirror, while on the frenzied “Kid With Crooked Face”, Mould squirms in front of his glowering 20-something gaze: “Look away, look away, look away.”

Now 53, Mould would seem to have little to be ashamed of when he looks back, having systematically vanquished his demons since Hüsker Dü’s late-1980s demise. An ex drinker and smoker, he came out publicly while enjoying 1990s commercial success with Sugar, and then spent a decade spooking his fanbase by writing scripts for professional wrestling, DJ-ing at his “gay bear” house night, Blowoff, and releasing an unhinged hybrid electronic album – Modulate – in 2002.

However, personal fulfilment has not always made for great output; the string of elegantly-whittled albums he has produced since moving to San Francisco in 2009 – District Line, Life And Times and 2012’s Sugar re-enactment, The Silver Age – have not for the first time seen Mould’s art gradually downgraded to craftsmanship.

Beauty And Ruin, however, is an invigorating reconnection with a more difficult, dangerous part of himself. Glowering opener “Low Season” bemoans “chances that I wasted in my unforgiving days”, and while the Hüskers-pitched centrepiece “The War” ostensibly recounts Mould’s difficult relationship with his father, it sounds awfully like an apologia for the decades of sniping that followed his first band’s demise. “Listen to my voice it’s the only weapon I kept from the war,” Mould wails, still pleading for a ceasefire long after Armistice Day.

Beauty And Ruin falls short as a masterpiece – the Wings-ish “Let The Beauty Be” is a notable lapse of taste – but it quietly lets the handbrake off on Mould’s creativity. It ends on an upbeat, “Fix It” slamming the door shut on the past. “Time to find out who you are,” Mould sings. Comfortable enough now that he knows who he was, what happens next could be incredible.
Jim Wirth

Q&A
Did your father’s death inspire Beauty And Ruin?
Parts of it. He passed away in October 2012 right after The Silver Age came out. My father and I are a lot alike in many ways. I’ve come to terms with that in different ways over the course of my life – quitting smoking, quitting drinking. I’ve always loved my parents and though my dad’s final years were pretty tough I was fortunate to get a lot of good time with him and to talk about a lot of things.

“Kid With Crooked Face” is closer to ’81-style hardcore than anything else you have done since Hüsker Dü. How did that come about?
It just happened – it fell out. People are going to get way more wound up about me doing those sorts of songs than I do. I used to hate pictures of myself when we did photos ‘cause I thought my face was a little crooked; not symmetrical. I am a Libra so symmetry is huge.

Have you ever fancied cutting loose and doing a concept album or a musical?
Like a big fictional stage thing? Yeah, someday. I fancy it but I can’t do it myself. The last thing I tried something like that we got Modulate! I always say it’s my Trans. Constructing an entire circus with invisible wires and antigravity machines – I think I need some scientists to help me with that. But I’ll do it someday. This is all building up to something big.
INTERVIEW: JIM WIRTH