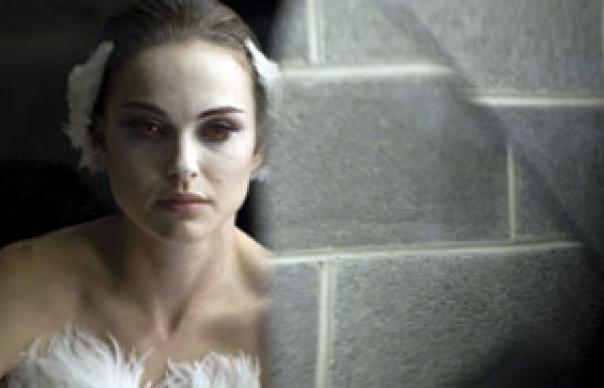 Darren Aronofsky’s previous film, The Wrestler, explored the lengths a person will push themselves to for their art.

It’s a theme he revisits here, exchanging the pro-wrestling for the more rarefied, though no less punishing, milieu of ballet dancing.

Nina (Natalie Portman) is the new prima ballerina at a New York company, promoted to dance both the Black and White Swan roles in Swan Lake.

The dainty Nina – who lives at home with her domineering mother (Barbara Hershey) – is perfect for the virginal White Swan, but less equipped to play the seductive Black Swan.

Goaded by Vincent Cassell’s sleazy artistic director to seek out her darker impulses, Nina begins to unravel, pushing the film towards a melodramatic but compelling mix of Repulsion-era Polanski and Cronenberg-style body horror. It’s fairly bonkers stuff, but props to Portman, who’s in every scene – and Winona Ryder, brilliant as the neurotic, toxic former prima ballerina.