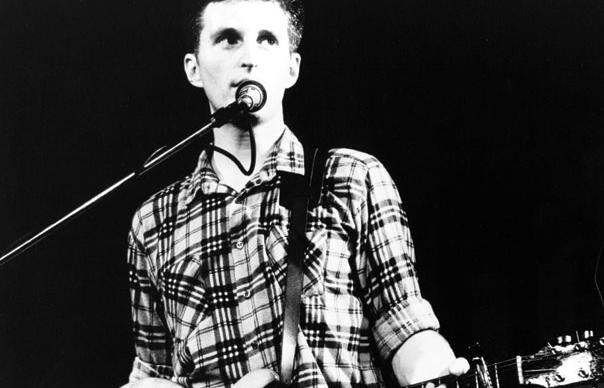 There are many reasons to welcome this anniversary edition of Billy Bragg’s seven-track debut album – not all of them directly concerning the music. In an age of extravagantly bloated deluxe packages, there’s something heartening about the fact that, even puffed up to twice its original size, this expanded version of Life’s A Riot With Spy Vs Spy comes in at a shade under 35 minutes.

Then there’s the discovery that the additional material, which constitutes Bragg playing the album in its entirety at a recent London show, for once sounds more polished than the album itself, though there’s not much in it: both versions feature nothing fancier than a man in a room with a microphone and an electric guitar, the latter played with fist-clenched passion rather than any attempt at finesse.

A quick listen to the sophisticated Americana of his latest album, Tooth & Nail, confirms that Bragg has come a long way in the three decades since he released Life’s A Riot…, but it requires no great leap to join the dots. Hearing the original and the 2013 live set back-to-back, it’s immediately apparent how comfortably the 55-year-old inhabits these brief, urgent songs of anger, compassion and confusion. And although the highly politicised street-corner barker of legend is certainly present, Life’s A Riot… reveals that Bragg’s interests were always much broader than that early caricature allowed.

The range of subject matter – love, obsession, class, consumerism, the minutiae of small town life – is not just striking but at times depressingly pertinent. The references to Anna Ford and Angela Rippon might date-stamp the album, but not much else does. “The Busy Girl Buys Beauty” remains a remarkably relevant dissection of the tyranny of must-have teenage fashion fixes and the impossible lure of celebrity. The martial rhythm guitar and rallying chorus of “To Have And Have Not” makes explicit Bragg’s debt to The Clash, and the words follow suit. “At 21 you’re on top of the scrap heap/ At 16 you were top of the class,” he sings, railing against such topical concerns as endemic unemployment and the failures of the education system.

But Bragg’s real interest lies in the politics of the heart. Tenderness might well slide into mawkish sentiment on “The Milkman Of Human Kindness”, where his adenoidal honk dissolves into a sorry sob, but it’s a rare misstep. “Man In The Iron Mask” is genuinely disquieting, a slow, minor-key portrait of a tortured lover lurking in the shadows, staunch and loyal but with a dagger in his heart – and very possibly another in his pocket.

The chorus line of the still-thrilling “A New England” – “I don’t want to change the world” – now seems particularly prescient given Bragg’s gradual shift towards domestic rather than political matters. On the new live version he sings the extra verse written for Kirsty MacColl, a generous acknowledgment that the song has, for decades now, belonged as much to her as to its composer.

The album’s epic at almost three minutes, the tragicomic “Richard” pokes around in the lonely aftermath of love gone astray. The most melodically ambitious song on the record, its highlights include Bragg’s unlikely climb into crystal clear falsetto, and a slinky little guitar motif. In general, though, Life’s A Riot… is – how shall we put it? – economical. “Lovers Town Revisited”, which ponders that early 80s staple, “fighting in the dancehalls”, is barely a minute long, and throughout the guitar playing is similarly efficient, a blunt, trebly, nuisance-noise, intent only on grabbing the listener’s attention.

Though raw and often clumsy, Life’s A Riot… still stirs. Bragg has become such an integral part of the landscape, it’s instructive to be reminded that there was no one like him when he arrived. Listening again to these songs is to realise just how much that voice would have been missed had it not demanded to be heard.
Graeme Thomson
EXTRAS: Life’s A Riot… performed live as an encore at Union Chapel, London, on June 5, 2013. 7/10

Q&A
BILLY BRAGG
What are your memories of making the album?
It was all pretty much one take stuff. I basically just recorded my live set, and some of them worked and some of them I didn’t play well enough. It was a last roll of the dice for me. I was in bands that had come to nothing, and I didn’t think I had another shot. There was no Plan B. Maybe now it sounds like urgency but at the time it was a bit more like desperation! You can hear that sense of now-or-never in the grooves.

I was struck by the emotional range.
“A New England” was really about how all those years of the struggle in punk had come to nothing, and I just needed a cuddle. That side of Billy Bragg sometimes gets forgotten, but it’s still there now on the new album.

The live disc suggests that you still connect to those songs.
Oh yeah. Bollocks to hiring the Albert Hall and the LSO – get a hold of this! It’s great, I can do the whole album as an encore. I recently did an in-store at Grimey’s record store in Nashville and threw in the whole lot. Kurt Wagner was hugging me afterwards in tears, saying “I never thought I’d get to hear that!”
INTERVIEW: GRAEME THOMSON