Bill Callahan – Sometimes I Wish We Were An Eagle

Lucky 13th from The Artist Formerly Known As Smog 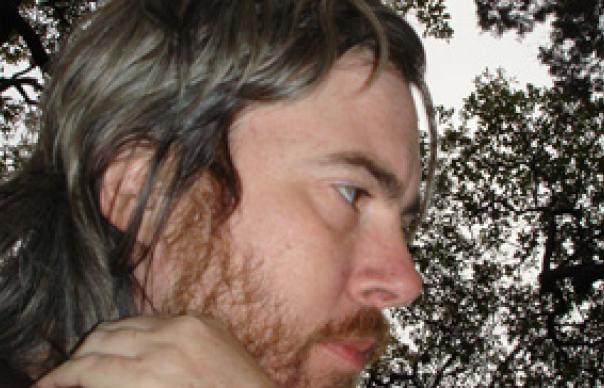 As it is with his old friend Will Oldham, hunting for clues about Bill Callahan’s state of mind in his songs can be something of a doomed mission. Nevertheless, among all the equine and river metaphors, the unreliable narrators, the droll misanthropy, the unlikely romance of his later records, an irresistible line occasionally springs out. On 2005’s A River Ain’t Too Much To Love, when Callahan still traded under the name of Smog, it came in the penultimate song, “I’m New Here”. “I told her I was hard to get to know,” he adjudged, in his usual uncanny baritone, “and near impossible to forget.”

Plenty who have lived with Callahan’s work over the past 15 or 20 years will be tempted to agree. Again like Oldham, his career represents a quixotic, restless and probably somewhat perverse re-think of the vintage singer-songwriter model. Over 13 albums, he has moved from fractious lo-fi experiments (Sewn To The Sky, Julius Caesar), through spare and unnerving folk (The Doctor Came At Dawn) and chamber pop (1999’s exceptional Knock Knock), on into unforgiving Lou Reed territory (Rain On Lens) in the early part of this century.

Sometimes I Wish We Were An Eagle begins with a song called “Jim Cain”, ostensibly about The Postman Always Rings Twice author James M Cain, in which Callahan wryly addresses his own public persona. “I used to be darker, then I got lighter, then I got dark again,” he intones, as a string section manoeuvres gracefully around him.

Certainly, 2007’s Woke On A Whaleheart found Callahan in an uncommonly cheerful mood – or at least assuming the voice of better-adjusted protagonists than usual. …Whaleheart was a mixed and often tender bag, with twinkling pop songs and jovial country lopes. An accompanying photo, by Callahan’s then-girlfriend Joanna Newsom, even saw a new look for this enigmatic shape-shifter. Weirdly, he was smiling.

Callahan has never quite received the acclaim of Will Oldham; an extensive profile in The New Yorker, as was recently accorded Oldham, seems as unlikely as ever. Quietly, though, he has accumulated an equally strong body of work, and …Eagle is as good as anything he’s ever done.

Gossip-hounds might suspect that, in the wake of his split from Newsom, Callahan would have “got dark again”. But, true to form, he is far too tricksy and sophisticated a songwriter to be so obvious, and the prevailing mood is, perhaps, rueful. One beautiful and touching song, “Eid Ma Clack Shaw”, might conceivably be about the end of a relationship, since its narrator notes, “Last night I swear I felt your touch, gentle and warm, the hair stood on my arm – how?” and, later, “I dreamed it was a dream that you were gone.” But it could just as easily be tackling bereavement, and there’s a curious line involving forelocks, withers and riders that seems to place Callahan right into the mind of a horse, a recurring beast in his songs since 1996’s “I Break Horses”.

Then there’s the dénouement. Callahan drifts back to sleep, dreams “the perfect song”, then briefly wakes to scribble it down. The next morning he reads it back and, as the cellos stab forward urgently, he reveals his perfect lyrics. “Eid ma clack shaw,” they begin. They are complete gibberish.

Like one obvious role model, Leonard Cohen, it’s a reminder that Callahan’s calmly intoned songs can be both funny and poignant, rather than straight-forwardly miserable. He generally half-speaks his lyrics, navigating a linear, measured path, letting his musicians find their own way along. Here, the musical mood is constant, and discreetly baroque. Callahan recorded the songs with a small band in Texas last August, then headed off on tour. When he returned, an Austin musician called Brian Beattie had written them arrangements for violins, cellos and French horns (a similar process, ironically, to how Van Dyke Parks augmented Joanna Newsom’s Ys).

Though it has sometimes seemed as if Callahan’s erudite, minimal songs are best suited to a stripped-back folk setting, Beattie’s settings give, say, “Rococo Zephyr” or the decorously snarled motorik of “My Friend” a subtle depth, enhancing Callahan’s reflective state, or at least the ornithological imagery that flits through the nine fine songs. By the end, on the gentle fantasia of “Faith/Void”, he is chanting “It’s time to put God away” on and off for the best part of 10 minutes. He ended the record with that sentiment, he says, “Because it really is. It’s a culmination song. It’s a time-suspending song. Can I just say this is a great record?” Bill Callahan hasn’t been, historically, the sort of singer-songwriter you can trust. Here, though, he has a point.

UNCUT: After the various styles on …Whale-heart, …Eagle feels cohesive. Was that a plan?

BC: …Whaleheart was more of a grab bag, like a Jimmy Webb record – an LA ’70s songwriter thing. The new record is more centred in a place. In the past, I’ve gone for arrangements that mess with the context or are intentionally blank, unguiding. But with …Eagle it’s more, “Come in, sit down.” Can you explain the album’s title?

BC: If you want to dumb it down to a little nub, it is a wish for a true love. But it has – I hope – a little more to it than that, a mind movie built into it that will be triggered if you let it. Try saying it to your old lady when things are rough. She will treat you right. Who is Jim Cain?

BC: James M Cain. He was saddled with being called the father of hardboiled fiction. Apparently he didn’t like this saddle. I tried to write the lyrics in a bunch of different voices – a voice that could be his, mine, or one of his characters. He was born in Mary-land, like me. And wanted to be a singer. Like me. But was told he wasn’t good enough. Like me. He died in alcoholic obscurity. Hmm… I also like that his middle name was Mallahan.