Beirut – March Of The Zapotec

Twin EPs on one disc from the vagabond trumpeter, exploring Mexican brass and lofi synthpop 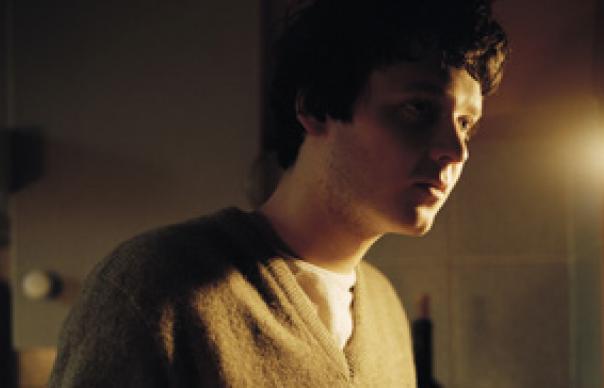 Zach Condon is the Tintin of modern American indie. Under the name of Beirut, armed only with his trusty ukulele and trumpet, the plucky cub musician has bravely journeyed Into The Land Of The Gypsies (on 2006 debut Gulag Orkestar), caroused in The Paris Of The Golden 20s ( 2007’s The Flying Club Cup) and now, in his latest double feature, takes brief soujourns in The Valley Of The Zapotecs and The Lair of the Laptop.

What buried treasure or fabulous secret is he on the trail of? It may be that every white bohemian seeks elective affinities with some romanticised cultural other. Punk seized upon the righteous dread of reggae, post-punk found salvation in the locked grooves of funk, and even indiepop divines ultimate romantic rapture in Northern Soul. You could argue that it’s the inescapable global ubiquity of modern US indie’s really Big Other – hip hop – that has driven young romantics like Condon to ever greater lengths in search of forms to idealize.

The backstory of the first half of the new record almost feels like a put-on: idly considering composing a soundtrack for a film based in Mexico, Condon became besotted with the funeral bands of the Oaxaca region. Determined to trace the music back to its source, the New Mexico gringo travelled down to the tiny Zapotec village of Teotitlan de Valle and, with the help of a trilingual translator, collaborated on 6 new tracks with the 19-piece Jiminez Band.

You half-hope this is all an elaborate fabulation, especially since it’s actually not as radical leap as you might expect. Banda, the traditional brass music of Mexico, developed in part from the polka music brought over by German and Polish immigrants in the 19th century, and is similarly founded on the relentless oompah of the sousaphone.

It’s a charmingly woozy picturesque postcard Mexico: full of inconsolably grieving mothers, carnivalesque town squares, bitter wives and death by bayonet. Just as Gulag was actually initially inspired by the films of Emir Kusturica and Flying Club existed in a snowglobe Jacques Demy-Monde, MZapotec feels like it could be the soundtrack to some fanciful Wes Anderson Mexican road movie. And, like Jason Schwartzman in the Darjeeling Limited, traveling across India, but seemingly locked within the world of “Where Do You To My Lovely?”, the fixed-point at the heart of it all remains Condon’s richly romantic, melancholy croon.

Funnily enough, the second half of the record, entitled Holland and credited to “realpeople” (an early pre-Beirut alias), was recorded at home but seems like a greater departure. Comprising five limpid electronic sketches, it reveals Condon’s hitherto shady roots as a teenage devotee of Magnetic Fields’ Stephin Merritt. “My Night With a Prostitute From Marseilles”, originally commissioned by this generation’s Winona, Natalie Portman, could be one of the Magnetic Fields early formalist exercises in romantic synthpop.

The comparison does Condon few favours though: while Merritt is the most bleakly ingenious writer of his generation, the oddly uninspired electronic arrangements (“No Dice” feels like an interminable 80s computer game theme) only highlight Condon’s lack of interest in real songcraft. More worrying, when he’s working in a form you’re more familiar with, the purely generic music makes you wonder how much of a free pass he’s given on his more exotic homage-holidays.

Holland is at its best on “Venice”, where pale winter sunbeam synths, reminiscent of Boards of Canada, are played upon by a mournful breeze of brass. It’s wonderfully unexpected, as though Miles Davis was riffing with Vangelis on some post-bop Blade Runner. So much so that you kind of regret the entrance of Condon’s fruity voice, which brings the track firmly back down to the familiar terrain of Beirut. Nevertheless the beauty of those opening moments suggests that Condon’s future really does lie in soundtracks, where you can imagine him collaborating with and finding inspiration in the baroque visual inventions of an Anderson or a Gondry, and where his restless musical wandererings might yet chance upon the truly undiscovered countries of the imagination.

UNCUT Q & A With Zach Condon

So this is very much a game of two halves?

CONDON: It’s a double EP, not an album. Each disc is vastly different so it’s to avoid confusion. March Of The Zapotec came about because I was approached to do a soundtrack to a movie about Mexican immigrants. For inspiration, the director showed me videos of traditional music from Oaxaca – not mariachi, more like funeral dirge music. The movie thing fell through but I ended up falling in love with the music. A band member of ours’ mother lives in Oaxaca six month of the year, so she helped us find these 17 musicians from a town called Teotitlan del Valle. They all play rusty, beaten-up brass instruments that have probably been passed down through a couple of generations. They’re Zapotec Indians, they don’t even speak much Spanish. We had to run our portable studio with solar power because the electricity is so spotty down there.

How about the synth pop half?
CONDON: Holland is the complete opposite. From the age of 15, before I started Beirut, all the music I made was electronic. It’s a dirty secret of mine that whenever I got stuck in a rut on the last two Beirut albums I’d slip off and record one of these synth-pop songs to have some fun and cleanse the palate. It’s some of the most straightforward stuff that I do. If was to compare it to anything, it would be early Stephen Merritt [The Magnetic Fields] material.