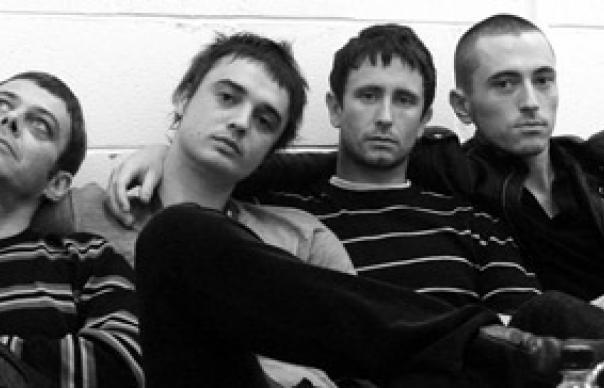 Things being what they are in his world – which to say the least is a place of primary mayhem and collateral static – it’s eminently possible that Pete Doherty will celebrate the release of (i)Shotter’s Nation(i) behind bars.

This is where, of course, a lot of people would like to see him. Especially those for whom Pete’s wholly a lost cause, a tawdry drug monster whose anyway debatable musical talent’s long-since been squandered, given up to a deplorable narcotic dependency he’s apparently as much unwilling as unable to shake, the wonder of his present circumstances merely that he hasn’t already been locked up and the key thrown away.

Whatever dramas have recently engulfed him – the split with Kate Moss, another spell in the cells – there’s been nothing quite as bad as the extracurricular anarchy surrounding the release of Babyshambles’ 2005 debut, Down In Albion, when Pete for about a fortnight was being arrested up to twice a day – which was funny at first, but soon palled. Especially when the album came out and all anyone could talk about was his headlong decline into grubby junkiedom and lengthening rap sheet, a great record overlooked in the process – the music by then no more for most than an irrelevant sideshow.

I was listening a lot to DIA even as the reviews rolled in, and with the traditional indignation of the thoroughly miffed fan wondered if its many critics were listening to the same record. According to what I was reading, DIA was badly produced (by former Clash guitarist Mick Jones, who also helmed to similar criticism the first two Libertines albums) and even more poorly played, the record a wonky mix of crackly indie rock, wittering ska jams and much dreamy blathering.

What I on the other hand was listening to was a charismatic masterpiece, shaped brilliantly by Mick out of what by later agreement were traumatic sessions, a record that reminded me of some of my favourite albums, the kind born out of an inclination towards burn-out, disintegration and ruin – among them On The Beach, Tonight’s The Night and The Replacements’ All Shook Down. Where its noisy detractors heard doodling, scratchy mutterings and addled confusion, I heard the epic swell of “Up The Morning”, the blazing ache of “Merry Go Round” and blistering anthems like “Fuck Forever”, “8 Dead Boys” and “Pipedown”, all fuelled by Patrick Walden’s often amazing guitar.

As I’ve already said in an online preview of Shotter’s Nation, DIA is not the kind of album you could make twice – not that any of the principals have volunteered any particular enthusiasm for going through what they did a second time – and you would not truly have expected its follow-up to sound much like it. And how could it anyway, with Pat gone and Mick replaced by Stephen Street?

The latter has a formidable commercial reputation (The Smiths, Morrissey, Blur, Kaiser Chiefs, The Zutons), but like a lot of Shambles fans I was more than slightly worried what Babyshambles and their songs would sound like in his hands – the unpredictable spontaneous magic of DIA replaced, we all thought, by something more recognisably efficient, spruced up and conventionally presentable. In the event, as also already stated, to everyone’s relief, Street’s done a bang-up job – taking the raw materials of the widely-circulated Bumfest demos and giving them a gleaming burnish. As you will correctly expect, Street entirely avoids DIA’s flinty spectrality and staticky crackle and turns a bright light on the smart, compact and relentlessly exciting arrangements he’s here coaxed from the band. Babyshambles on Shotter’s Nation sound quite frighteningly functional.

Street gives them a big, surging sound – supernaturally bright guitars, walloping drums, upfront bass, choruses as big as houses – that reminds me weirdly of The Attractions on This Year’s Model, a comparison that suggested itself the first time I played the album and which I haven’t been able to shake since. As perhaps unlikely as it seems, Shotter’s Nation has the same brash confidence and punchy abandoned swagger, tunes that once heard are nigh on impossible to dislodge from even the creakiest memory.

The album’s lyrical template is firmly set on opener “Carry On Up The Morning”, which anticipates the record’s recurring themes of loyalty, betrayal, weary explanation, self-recrimination and brazen defiance. Pete flirts here as he does elsewhere with self-pity, but remains eventually too resolute for whimpering introspection. The glorious self-mythologising of “Unbilotitled” and “Unstookietitled” is bracingly inspirational, no hint of contrition on these smouldering, achingly pretty tracks that convert the serial chaos of his life into absolutely gripping musical drama, the latter partly inspired by a guitar riff from “Fuck Forever”, from which it quotes the “one and the same, one and the same” refrain.

I suppose the album eventually is about transcendence – through music, through drugs, sex, a pair of sharply cut trousers, anything basically that will lift you out of the stifling rut of ordinary living, the clammy mediocrity of a life conventionally lived, which seems to be Pete’s great fear. “Delivery” – fired by the classic riff from The Kinks’ “All Day And All Of The Night” – the ferocious “Crumb Begging”, and the sensationally uplifting twin peaks of the insanely catchy “French Dog Blues” (with a blazing instrumental coda reminiscent of The Who) and “Deft Left Hand” (with a ringing guitar intro reminiscent of the Stones’ “All Down The Line”) are all truly rousing anthems, the latter giving way to the mournful closer, “The Lost Art Of Murder”, featuring Pete and folk legend Bert Jansch on superb acoustic guitar.

Written off as a pathetic joke, a seedy chancer, as uncommonly reviled by his critics as he is genuinely adored by his fans, for some still a disaster waiting to happen and as compromised by his addictions as he continues to be, Pete nevertheless here sounds ready to take on all comers. Seconds out, ring that bell!