Baby Dee – Safe Inside The Day 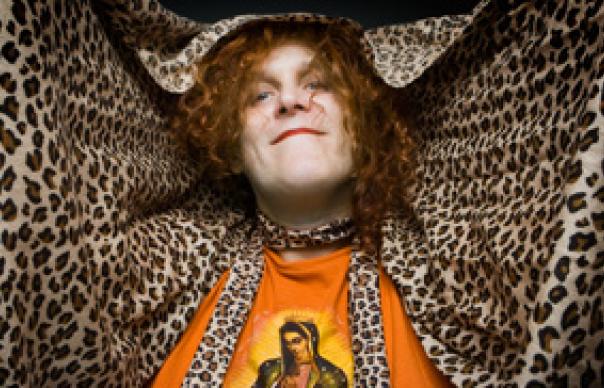 Baby Dee’s first half century on this planet reads like the plot to some fantastical indie movie. Born in Cleveland, Ohio in 1953, Baby Dee studied classical harp, worked as a church verger, changed gender from male to female, and pursued a career busking on the streets of Manhattan: riding a giant tricycle in a bee suit, playing Shirley Temple songs.

She left music, and retrained as a tree surgeon. This last career was curtailed when a tree that Baby Dee was working on ended up wrecking someone’s house. Tree surgery’s loss, however, has been music’s gain. Baby Dee teamed up with like-minded mavericks like Marc Almond, Antony And The Johnsons, Current 93’s David Tibet, playing her harp in small clubs and singing beautiful, introspective torch songs in a quavering tenor voice.

Her fourth studio album comes as a radical change in direction. Produced by Will Oldham and journeyman multi-instrumentalist Matt Sweeney (Zwan, Johnny Cash, El-P), it sees Baby Dee switching to piano and adding extroversion to her songcraft, backed by a string section and some illustrious musicians (including Andrew WK on bass and drums).

The results prove comforting for fans of canonical rock. “Safe Inside The Day” recalls John Cale; “The Earlie King” suggests Tom Waits; “Teeth Are The Only Bones That Show” has Dr John’s boogie swagger. “Fresh Out Of Candles”, meanwhile, could be off Lou Reed’s Transformer.

But these influences are radically altered in a couple of ways. By Baby Dee’s bald, witty and poetic lyrics (“there’s a harp inside that piano/and a girl inside that boy” she sings on “The Dance Of The Diminishing Possibilities”). And also by her extraordinary voice – a well-enunciated, declamatory style that sounds like a drunken vaudeville performer doing a Brecht opera.

The result demands your attention – it may well be one of the first great albums of 2008.