Antony & The Johnsons – The Crying Light

Standard-bearer of 21s-century, transgender torch returns with a low-key suite of pastoral artsong 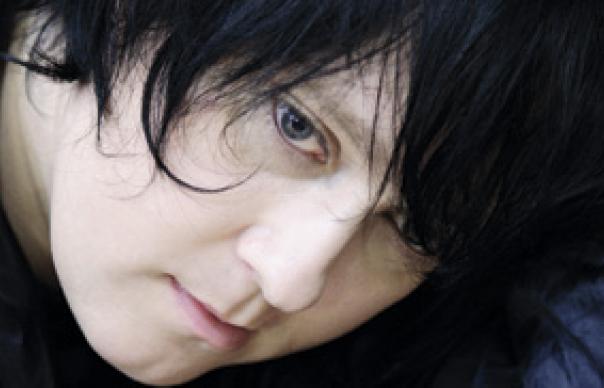 In retrospect, Antony Hegarty‘s 2005 Mercury Music victory seems like the last vital spasm of British pop TV. Following Hendrix on the Lulu show, say, or Laurie Anderson on Top of the Pops, the instant viewers realised that, yes, that sublime woodwind swoon of a voice was emanating from this gentle, hulking, timorous goth, was a classic “whoops, wrong planet” moment.

Not only did Hegarty’s uncanny presence scramble gender, it seemed also to momentarily confuse genres. Reviewing his reissued debut for Uncut in 2004 I described Hegarty as a Warholier-than-thou performance artist — Leigh Bowery does Nina Simone — and imagined he was set for the kind of damned demi-monde celebrity of say, Diamanda Galas. So how on earth did he cross the tracks and threaten to become a kind of 21st century, ambisexual Cleo Laine? And how on earth was he going to fare in the modern mainstream?

Almost expressly designed as a commercial coming-out party I Am A Bird Now was doubtless helped by its starry maids of honour – not only Rufus, but Boy George, Devendra Banhart and, of course, early cheerleader Lou Reed. The Crying Light, by contrast, reverts to the delicate chamber compositions of Antony’s early work, with the core Johnsons abeted chiefly by the sparse arrangements of downtown prodigy and rising classical star, Nico Muhly.

From someone who admits to rarely making it out much beyond 14th Street, it’s a remarkably pastoral record. “Another World” could almost be “What A Wonderful World” in reverse, Antony mourning the snow, the bees, the wind and the trees. Opener “Her Eyes Are Underneath the Ground” is poised in maternal gardens, while “Daylight And Sun” and “Dust And Water” map out the album’s elemental poles.

Of course, as Manhattan poet laureate Frank O’Hara, said, you don’t need to leave New York to get all the greenery you need (“I can’t enjoy a blade of grass unless I know there’s a subway handy or a record store… some sign that people do not totally regret life”), but A Crying Light is more like a dream landscape, akin to the cosmic London of William Blake (indeed Antony has taken to describing New York as “the New Jerusalem”). You could hear the fluttering, flutey “Kiss My Name” as an update of Blake’s “Infant Joy”: “I’m only a child / born upon a grave / dancing through the stations / calling out my name”.

If there’s a criticism it’s that the record is almost too otherwordly, existing in a rarified, empyrean atmosphere very far from the infernal disco of his work with Hercules and Love Affair, or even the Johnsons’ own cover of Beyoncé’s “Crazy In Love”. “Dust And Water”, in particular, almost leaves language behind for a kind of murmuring Sufi devotion. But a couple of tracks stand out for their ambivalence or disquiet: “Epilepsy Is Dancing” is exquisite, composed with what Emily Dickinson called the “formal feeling” that follows great pain, and brings to mind Elizabethan post-punk, or Kate Bush having a stab at a Joy Division song. And “Aeon” is a stunning, sepulchral blues, haunted by a dissonant, orchestral Charles Ives drone.

So The Crying Light is unlikely to garner the corporate plaudits afforded I Am A Bird, and Antony probably won’t share the media spotlight and stage again with the Kaiser Chiefs or Bloc Party. But crucially, he looks set to comfortably outlast their mayfly indie moment. Though he will doubtless be filed by some as another victim of the Mercury’s curse, his career a stellar burst of success never to be repeated, The Crying Light shows Antony boldly, indefatigably following his own eccentric star. It’s a journey that looks set to continue, fascinatingly, for a long while yet.

The release date of The Crying Light was pushed back two or three times – were you anxious about having to follow up the success of I Am A Bird?

Oh, it was really no more difficult that it ever is. I’m just such a perfectionist, and I always pore over these things too much.

It seems like a very elemental record – do you get out of Manhattan much?

Composer Nico Muhly who works on some of the arrangements seems very much the flavour of the month right now, working with Bjork and now you…

Well, you know the arrangements on the album were very much a collaboration between me and Nico and the musicians. But he has such a fascinating sense of harmony. We worked together on some settings of Shakespeare sonnets a couple of years ago and I was amazed by these panoramas of sound he creates.

Well I’ve never made a secret of being a fan! She’s a genius. in fact, I was listening to The Kick Inside just the other day. I’ve been listening to that record now for over 20 years and I’m still hearing new things in it! That’s incredible, isn’t it? It’s what we all strive for.