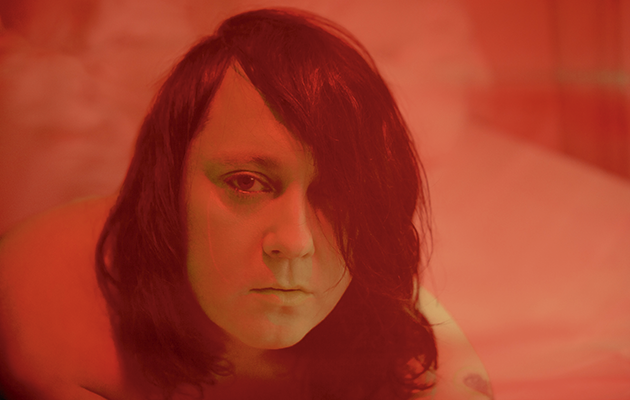 As the 2016 US Election looms and the possibility of a President Trump draws closer like the clack of jackboots on a marble floor, the consensus from the centre-ground of American politics is that Barack Obama has done a reasonable job under difficult circumstances. But as the outgoing President visits Cuba and dances the tango with Michelle in Argentina, it pays to be reminded that, when considering the exercising of American might, a deeper and more nuanced story is there to be told.

On “Obama”, the sixth track on Anohni’s new album, Hopelessness, the artist formerly known as Antony Hegarty reads from the charge sheet: spying, execution without trial, the punishment and banishment of whistleblowers like Chelsea Manning and Edward Snowden. “Obama, Obama, Obama,” she chants. The backdrop is a miasma of pulsating bass and distorted radio static, but her tone is neither excoriating nor abrasive. Instead, “Obama” feels like a sort of contemporary spiritual: an aching lament for the optimism of 2008, and what happens when that collides with pragmatism and realpolitik. “All the hope drained from your face,” sings Anohni. “Like children we believed…”

Anohni is the new identity assumed by Antony Hegarty, the England-born, New York-based transgender artist and musician who came to wider attention when she won the Mercury Prize for I Am A Bird Now in 2005. The change in name coincides with a shift in style. Past records as Antony & The Johnsons have explored a sort of rich, operatic chamber music, but Hopelessness tears all that up like old linoleum, setting Anohni’s fluttering falsetto amid beats and electronic textures, hard and soft.

Assisting Anohni here are two new collaborators, Oneohtrix Point Never and Hudson Mohawke. Oneohtrix – real name Daniel Lopatin – is a Brooklyn-bred arch conceptualist whose avant electronica, influenced by philosophy and internet culture, has been dubbed “vaporwave”. Hudson Mohawke, meanwhile, is Ross Birchard, a Glaswegian producer who has ascended to the top table of hip-hop and R&B production, making beats for Kanye West and Azealia Banks, amongst others. This is, of course, not the first time Anohni has worked with electronic musicians: her friend Andy Butler invited her to sing on Hercules & Love Affair’s immaculate disco throwback “Blind”, a genuine UK Top 40 hit in March 2008. But Hopelessness seizes on this new sound palette of glimmering synths and boom-clap beats with gusto.

The first thing that hits you about Hopelessness is its sense of urgency. This is an album about rapacious consumerism, environmental destruction, the brutality of conflict, and our personal culpability in all of the above. But while you might fairly call some of Antony & The Johnsons’ past work introspective or esoteric, this album is bright and immediate, grabbing you by the lapels and demanding a response. Take opening track “Drone Bomb Me”. A whoosh of effervescent swells and snapping beats, it finds Anohni exploring images of masochism and Christ-like martyrdom. “Blow me from the mountains/And into the sea…” she sings. “Blow my head off/Explode my crystal guts/Lay my purple on the grass…” It is hideous and beautiful, both at once.

This sort of imagery – of extra-judicial killing, self-sacrifice and the brutal exertion of power – recurs throughout the album. “Execution” is a tenderly sung paean to state-sanctioned killing that finds Anohni pleading “have no mercy on me/Please don’t have mercy…” On “Watch Me”, a song about creeping surveillance, she serenades a Big Brother-like “Daddy” who has all her best interests at heart: “I know you love me/’Cause you’re always watching me.” Meanwhile, “Crisis” surveys the brutal recriminations of the War On Terror. In the hands of some, the breadth of its empathy might come across as naïve or facile: “If I tortured you brother, in Guantanamo/I’m sorry/Now you’re cutting heads off/Innocent people on TV…” But the song’s deeper message – that cycles of violence can only be broken by love and forgiveness – is difficult to fault, and it’s hard not to get swept up in those glittering plumes of electronics that guide the song to a gospel-tinged climax.

If sonically speaking, this feels like a clean break from Antony & The Johnsons, there are also plain points of continuity. On 2009’s The Crying Light, Hegarty drew lines between queer identity and the green movement, songs like “Everglade” and “Dust And Water” finding succor in the rhythms and geometries of nature. Hopelessness takes this affinity with the natural world and twists it into glossy trauma. “Why Did You Separate Me From The Earth” rages vainly against the forces that destroy our environment: oceans clogged with plastic, “the rotten bodies threaded gold”. On “Marrow”, human bodies are defiled: oil sucked from skin, hair burned, faces injected with chemotherapy. But perhaps the record’s most remarkable moment is “4 Degrees”. Taking its name from the amount climate scientists project that Earth will have warmed by the year 2100, it is deeply moving, conjuring terrible visions of animals “lying, crying in the fields” to an apocalyptic rhapsody of horns and booming war drums.

If the imagery employed on Hopelessness is often unflinching to the point of abhorrence, it merely highlights the terrible positions that we sleepwalk into daily. It also insulates the album’s message against accusations of finger-wagging or preachiness. If the world is fucked, Anohni is quick to acknowledge that she – and by virtue, all of us – are culpable. On “Drone Bomb Me”, calling down that firestorm she sings: “Let me be the first/I’m not so innocent/Let me be the one/The one that you choose from above/After all, I’m partly to blame…” The title track states its guilt more bluntly: “How did I become a virus?”

It may have been easy, in the past, to sideline or typecast the music of Antony Hegarty: this is niche music, outsider songs for safe spaces. But Hopelessness is bigger and bolder than that – an accessible album tabling the big questions, the sort that few artists and fewer politicians dare to tackle. Like all of Anohni’s music, it is a call for a shift in consciousness, to a warmer, more empathetic way of thinking – and one that feels more pressing than ever. Generous of spirit and cutting-edge of sound, Hopelessness is a statement for our times, and one that will not be easy to dismiss.