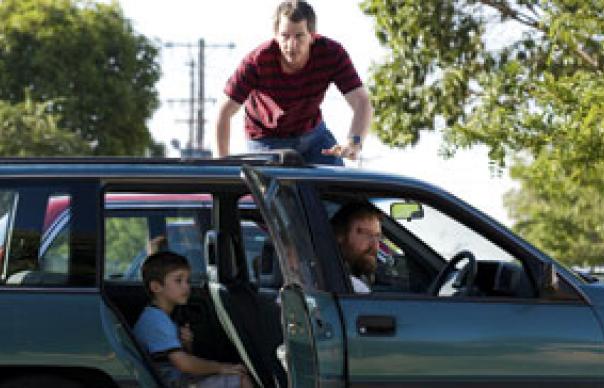 Really, though, the Cody family festering at the centre could be contemporaries of The Proposition’s feral outlaw brood.

Similarly exploring revenge and blood loyalty, Michod’s tale has a stunned, scuzzy neo-noir modernity, but the outline of a classic western.

The family is at war with the city’s rampaging armed robbery squad, and when cops execute one of their number, dominant brother Pope (Mendelsohn) demands vengeance, dragging J into their codes of violence and silence.

As the weary cop who seems to offer a way out, Guy Pearce offers a quiet performance that suggests he’s entering his Henry Fonda years.

But it’s Mendelsohn’s unreadable psychotic you’ll remember, even if you’d rather not.