Spiritualized – Everything Was Beautiful

Rejoice, the Spaceman is back in orbit on a wildly experimental flight 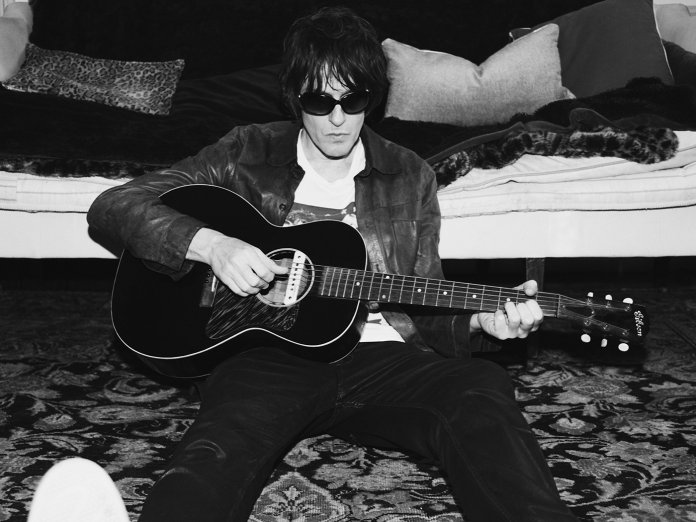 When Jason Pierce surfaced during that sweltering summer of 2018 to promote the new Spiritualized album And Nothing Hurt – his first for six years – he spoke of its protracted gestation in gruelling terms, as if producing and mixing the record on his own had pushed him to the edge of madness. With typical candour, he was the first to admit that the ordeal was entirely self-inflicted and preventable, and that however pleased he was with the results – his best since Ladies And Gentleman…, some said – after what he’d gone through, even for such a perfectionist, he couldn’t guarantee that there would ever be another Spiritualized album.

No-one really believed him – what else could Pierce do at this point, aged 55, retrain? – but what’s surprising about Everything Was Beautiful is how quickly it has appeared, at least by the Spaceman’s standards, and how extravagant and exciting it sounds. Pierce claims there is no real concept behind the album and that its initial track selection was “arbitrary”. He drew on seven tracks from the pool of demos that he recorded in 2013-’14, nine of which he’d already turned into And Nothing Hurt, and has had the vision to transform these over the last couple of years into a record that manages to be both direct and concise yet also wildly experimental, tender, nihilistic and joyous.

In many ways, it’s everything you could want in a Spiritualized album. It’s almost as if, in some parallel universe, Pierce conducted a Twitter poll asking fans to choose their favourite type of Spiritualized song – the celestial Ladies And Gentleman-style opener, a spot of Velvets drug-drone (“Best Thing You Never Had”), a country number (“Crazy”), some heartbreak blues (“Let It Bleed”), plus a second half of pure narcotic euphoria – and then duly obliged when the results came in. This is another way of saying that Pierce tends to write the same song again and again – as you would after 35 years in the game – but that doesn’t mean he won’t challenge himself and try new approaches. Madness, he’s often said, is repeating the same thing and expecting different outcomes, and for Pierce it’s the tiny details that help to elevate his overloaded music.

Certainly, he’s written a song like “Always Together With You” before. One of his Christmassy gospel lullabies, it mirrors the opening title track of Ladies And Gentlemen…, right down to the way his daughter Poppy introduces it by saying the title, just as Kate Radley says the name of the 1997 album at the start of that record. Add to the mix Morse code blips from the Apollo 11 transmission and it seems Pierce is once again positioning the listener in orbit – his favourite place – to take in the album. But the song itself escalates thrillingly from hazy doo-wop to a point five minutes in where it sounds as if “Sister Ray” has been laid over “Then He Kissed Me” while all hell breaks loose and Pierce emerges serene and unscathed at the end, brushing the debris from his leather jacket.

Pierce’s original intention was for the demos to end up as a double-album – a “grand gesture” – but he was talked out of it by the boss of his US label Fat Possum, Matthew Johnson, who pointed out that doubles are harder to sell. Across two albums, separated by three and a half years, this singular body of work is now united by a line from Kurt Vonnegut’s 1969 novel Slaughterhouse-Five, “Everything was beautiful and nothing hurt” (by coincidence, Moby released an album with the exact same title in 2018). In much the same way that Radiohead produced two quite different records from the same sessions for Kid A and Amnesiac, a Spiritualized double would have been impressive but a waste of resources. Here, each track is pulled into focus, so that Side Two, after the more formal arrangements of the first, concentrates on Pierce ramping up the intensity.

“The Mainline Song”, partly inspired by news reports of George Floyd’s murder and the ensuing Black Lives Matter protests, is a gorgeous high-energy night-time blues with Pierce asking, “There’s a change in the air ’round here/And I wanted to know if you wanted to take the city tonight”. After that, “The A Song (Laid In Your Arms)” piles on the horns and choir over a blizzard of free-jazz noise while Pierce hollers lines like “Summer is easy, the cotton is high/Mama’s good-looking, your papa has died” with such conviction, he might easily have been born in 1900.

No doubt, Pierce is preaching to the converted with Everything Was Beautiful, but his followers will rejoice when they hear that he’s finally hit that rich vein of form again.