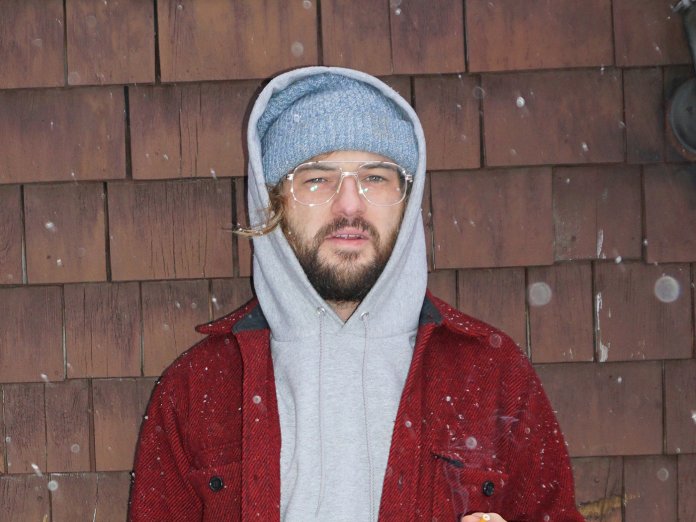 Load a promotional copy of Ryley Walker’s fifth solo album into iTunes and the descriptor “prog fucking rock” appears beneath the title and his name. It’s a slyly humorous detail that speaks volumes; most obviously, about his deep, oft-declared love for that music, which has a role here, but also his habit of self-mocking. Whether it’s in interviews, onstage chat or his Twitter feed, Walker is always ready with a pin, to prick truth’s painful swelling or any hint of pretentiousness.

If there’s a place where that self-consciousness falls away and Walker roams (almost) free, it’s in the authentic present of his music. It was the absence of what he called “smoke and mirrors” that first drew him to Bert Jansch, Nick Drake and John Martyn for 2014’s All Kinds Of You, which introduced a guitarist skilled beyond his 24 years, undisguised influences or no. A year later, Primrose Green confirmed him as a striking songwriting and instrumental talent committed to the cause, with an irresistibly sun-glazed, stoner jazz-folk style that leaned heavily on Pentangle and Tim Buckley as well as the mystic flow and vocal tics of Van Morrison.

As a comparison of the Primrose Green and Astral Weeks covers shows, Walker’s image played to retro romance and the idea of the gilded prodigy. That might have seen a lesser artist forever shackled to his sources but Walker soon moved on. After the all-instrumental Land Of Plenty (one of two fine hook-ups with Bill MacKay) came 2016’s Golden Sings That Have Been Sung, which was to some degree a transitional album. Its opener, “The Halfwit In Me”, showed that although ’70s UK folk still loomed large, Walker was keen to explore his other interests, namely Chicago-school experimentalism, improv jazz and chamber pop.

It was with Deafman Glance in 2018, though, that he stepped out of the shadow of his heroes and into the leftfield contemporary sunlight. As Walker said at the time: “I really can’t go back to making a Fairport Convention-sounding record.” “Telluride Speed”, especially, is significant: starting with spry, finger-picked guitar and pastoral flute, it then establishes an urgent, post-rock-ish motif that opens up into abstract pastoralism, allowing him to chuck in a couple of minutes of psych guitar vamping. However, Deafman Glance is not the only evidence that Walker has really been stretching his legs of late: in recent years, he has made two records with free-jazz drummer Charles Rumback and, in February, he joined Japanese psych rockers Kikagaku Moyo for a live album. For anyone still finding it hard to mentally reconfigure Walker, it’s worth noting that since he moved to New York in 2019, there have been improv hook-ups with David Grubbs, JR Bohannon and Garcia Peoples, among others. Staying in his lane has never appealed.

All of which makes Course In Fable a clear case of natural evolution, rather than calculated reinvention – and a record that opens a fresh chapter in Walker’s story. It’s a short (just 41 minutes), ineluctably lovely set, light, bright and often dizzyingly joyful, but also thrillingly unpredictable, with complex, jazzy arrangements against which Walker’s phrasing gently pushes and pulls. His lyrics are as poetic, poignant and sometimes droll as they are difficult to parse, although as always, they capture the writer’s experiential instant. It seems that his “now” is less painful than it has been for some time. The music sees him drawn back to his formative years in Chicago, reconnecting with its rich underground history and the likes of Gastr Del Sol/Jim O’Rourke, Isotope 217 and Tortoise, whose John McEntire produces.

Bill MacKay, touring buddy Andrew Scott Young and Ryan Jewell (a Walker mainstay live, who also played on Golden Sings) serve on guitar/piano, bass/piano and drums, respectively. It’s an ensemble effort, born from trust and intuitive flair, but the Young/Jewell team deserve respect for the balletic grace and buoyancy present in …Fable. There are understated strings, synths and (crucially) space to turn cartwheels. Explaining his choice of players, Walker told Uncut his trick is “to just be around folks I love and see what sticks. There’s a fearlessness when I hear Andrew, Bill and Ryan play music. I follow their lead. There’s a revolving door of a dozen or so folks over the years who humble me and keep me listening and learning.”

Walker claims that although Course In Fable fulfilled his desires to make a record on his own timescale and with his own money, on his own label, it wasn’t the album that he originally planned. That was “a double LP prog epic”. It withered on practicality’s vine but there’s more than an undercurrent of prog on “A Lenticular Slap”, which runs to nearly eight minutes and recalls Kiran Leonard’s knotty yet delicate compositions. The set opens with the seductive “Striking Down Your Big Premiere”, where stiff-breeze pacing is punctuated by a booming three-chord coda and some sweet finger-picking gives way to Walker’s rueful note – in a tone that recalls ’70s Elton – that “You send me pulse from God knows where/Antenna has changed its air from shortwave to ballistic cruise” and that he’s “always shit-brained when [he’s] pissed”.

It’s followed by the lightly fried circular folk orchestrations of “Rang Dizzy”, where strings rise and fall against piano-and-guitar dialogue and Walker exclaims in wonder and relief: “Fuck me, I’m alive”. The terrific “Axis Bent” surprises in its manifestation of Stephen Malkmus as a kindred spirit (Grateful Dead are the connecting point), with echoes of West Coast ’70s fusion, a blown-out guitar motif and a dash of freeform skronk. Its name suggests anything but a freewheeling, Laurel Canyon-ish beauty but that’s what “Clad With Bunk” is, albeit pulled off course by what sounds like half a dozen guitars in effortlessly fluent interplay, a burred blues phrase and a ripple of psych rock.

It’s only keening, luminous closer “Shiva With Dustpan” that clearly points back to where he’s been. But here, he and his band refract Nick Drake’s chamber folk through a ’70s cosmic Cali lens – Crosby, perhaps. It’s a fine combination, the sound of paths made familiar by constant tread plus intuitive choices enabled by years of improv discipline, intersecting. It’s also where Walker can’t resist a sardonic spit into his own poeticism. “Walk my cobbles, ash anywhere/Shiva with dustpan, collect no fare,” runs the chorus, perhaps in reference to the vagabond life of an independent musician. Then in the final verse: “Beg and choose in the land of opposition/I declare a happy birthday to every mouth full of shit”. As always, Walker’s expression is both plain-spoken and opaque; he’s the anti-hero of his own stories but a “character” only in the colloquial sense.

If Course In Fable sees Walker in a more relaxed, less self-conscious mode (“upbeat” might be pushing it), going where the evolutionary drift takes him, it’s partly because he’s come “home” to the Chicago sounds of his youth and has the same trusted team, but also because he simply has less to prove with each record. “Sounds or direction are never calculated,” he tells Uncut. “I hope to diverge from anything I’ve ever done on each new record. My style is fake until I make it, with smoke breaks in between.” Where the future takes him now is anyone’s guess – ruling out even that double album of “prog fucking rock” might be unwise.