Revisiting the band’s most divisive album 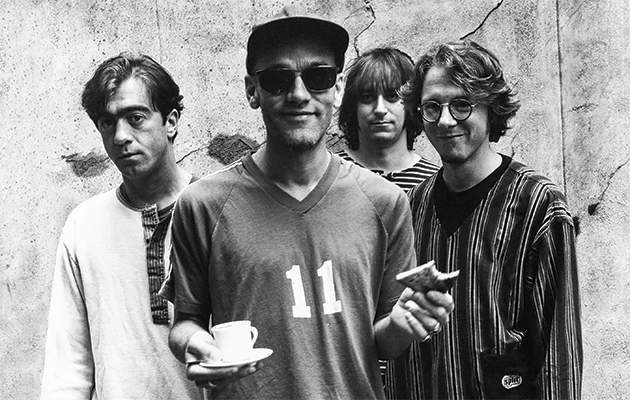 Monster was cursed. On the first day of recording at Kingsway Studio in New Orleans – one of four studios REM booked for their ninth album – Mike Mills was hospitalised with an intestinal disorder. In short order all the other band members fell ill. Michael Stipe mourned the deaths of friends Kurt Cobain and River Phoenix. And during the world tour for the album, drummer Bill Berry suffered a brain aneurysm on stage. He left the band in 1997.

The album itself suffered a similarly ignominious fate, selling quadruple platinum but sold back to used CD stores around triple platinum. Even a quarter-century later, Monster remains divisive, with fans either decrying REM’s turn away from the more sombre sound of Automatic For The People or celebrating the record as a lost glam-rock masterpiece. This new 25th-anniversary edition probably won’t settle any old arguments, but its generous helping of demos and live cuts, along with an imaginative and appropriately irreverent remix of the album by producer Scott Litt, do argue for Monster as the most misunderstood album in the band’s catalogue.

Whenever Peter Buck described it as REM’s “rock” record, he made sure to include the air quotes around that descriptor. What did that even sound like in 1994? The quartet had created their biggest albums by ditching their respective instruments – electric guitar for Buck, bass for Mills, drums for Berry – and picking up new ones, and that move had altered their sound fundamentally. Monster found them settling back into their old roles and becoming a more traditional rock band again, but this wasn’t the Southern post-punk of their early albums. These new songs were grounded in the stomp and crackle of ’70s glam rock, with Buck pulling out every effects pedal he owned and Stipe addressing his own celebrity and sexuality.

Stipe approaches those subjects, which were to some extent new to REM, with gusto and a playful evasiveness. He teases a lot, feints at confession, but actually gives away very little. “Do you give good head?” he asks on “I Don’t Sleep I Dream”. “Am I good in bed?” It’s a song about inviting people into your personal world, and it’s unclear whether he’s addressing a potential lover or all those people wondering if he’s straight or gay. That question is never settled on Monster, mainly because it doesn’t seem settled to him. But at least he seems to have fun with it. On “Crush With Eyeliner”, you get the sense that he’s singing into a mirror, describing his reflection as the ultimate object of affection. “What position should I wear?” he asks no-one in particular. “How can I convince her that I’m invented, too?”

This anniversary reissue is less concerned about the album as it is and more curious about what how it might have sounded. A full disc of demos and doodles show the three instrumentalists working out riffs and jams, which Stipe would use as songwriting cues. While it becomes repetitive over the course of 15 songs, it does point towards the album Monster might have been – an album that sounded more like Green or the more upbeat songs on Document, an album that would have shown the band repeating themselves.

Arguably the most revealing aspect of this reissue is Scott Litt’s bold remix of Monster. He blames himself for the album’s lacklustre reception: “In all honesty it would bum me out how many times I saw Monster in the used record bin. The mixing had a lot to do with that.” On some songs he simply adjusts the placement of the vocals in the mix, bringing Stipe even closer to the foreground of “What’s The Frequency, Kenneth?” and “Let Me In”. But he takes massive liberties with “Crush With Eyeliner”, inserting a “la la la” count-off from Stipe, and turning his anti-consumerist slogan (“I’m not commodity!”) on “King Of Comedy” into something like a campfire singalong. In general the remix portrays REM as a more straightforward rock’n’roll band, which was the original point of Monster.

That makes the two live discs – which chronicle a June 1995 show in Chicago – sound especially weighty in this context, because they present these songs in the setting for which they were specifically created. “Let Me In” sounds all the more urgent in this setting, “Tongue” more playful, “I Took Your Name” even pricklier. Plus, the stage gives the band an opportunity to reinterpret older songs in this new, glammier context. Stipe sharply drawls his vocals on “Get Up”, turning each syllable into a dagger, and he puts that falsetto to good use on “Near Wild Heaven”, practically dancing around Mills’ lead. There’s a touch of melancholy to the performance, one that the band couldn’t have realised at the time but certainly colours the reissue: it shows a lineup at the height of their powers nearing the end of their time together.