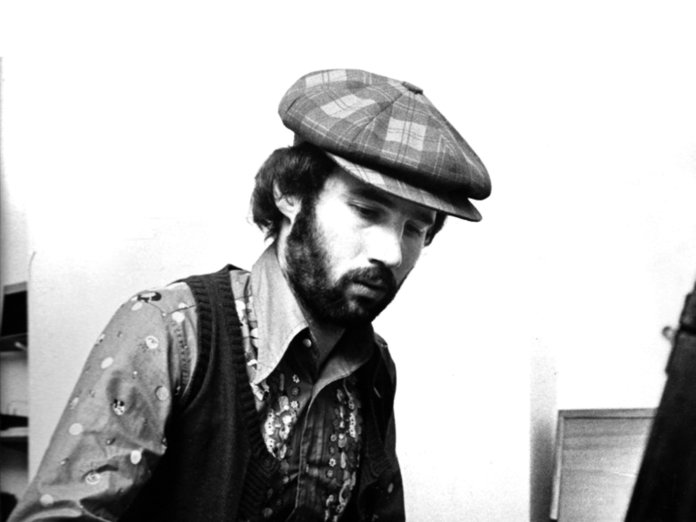 Mourning his occasional Monty Python associate in December 2019, John Cleese called Neil Innes: “A very sweet man, much too nice for his own good.” The pastiche master might have been inclined to disagree, his quietly successful career in music, TV and film a measure of what a blessing it can be to be meek.

“I can’t stand the idea of being popular,” the art-school-trained army brat explained late in life, having seemingly made a point of dodging fame. Innes sang the Bonzo Dog Doo-Dah Band’s 1968 Top 5 hit “I’m The Urban Spaceman” but ceded centre stage to the band’s deranged frontman, Vivian Stanshall. As ‘Ron Nasty’, he wrote the songs for The Rutles’ 1978 mockumentary All You Need Is Cash, but let Eric Idle front the definitive Beatles parody. Even Innes’ poorly promoted 1973 debut solo LP – which followed a wobbly post-Bonzos effort as The World – seemed to be an object lesson in how not to be seen.

At the time of its release, Innes was anxious to avoid being tagged as a hippie Richard Stilgoe, explaining, “I’m really working towards a situation where I don’t have to be funny.” On How Sweet To Be An Idiot, he mostly isn’t. His Traffic-style takedown of organised religion, “Immortal Invisible”, has a smart pay-off line (“Tell me what could be holier than absurdity?”), but what’s more apparent is the expert musical carpentry that underpins it: the Anglo-Dylan melody, the Jackson Pollock splatters of guitar from Ollie Halsall.

Buffed up by Let It Be arranger Richard Hewson, the wistful title track paints Innes as a feckless innocent (“As much retaliation as a toy”), but Oasis had cause to regret taking him lightly after his publishers asserted they had borrowed the song’s languid, descending melody for 1994’s “Whatever”. Innes apparently received an out-of-court settlement and a share of the writing royalties for Noel Gallagher’s wannabe-Beatles hit. Innes, of course, could ‘do’ the Fab Four better than most, but while the reflective “Singing A Song Is Easy”, the sinister “Dream” and the rooftop hoedown “Feel No Shame” are dead ringers for Abbey Road-era Paul McCartney, the tunes are all his own.

However, for all his skills as a forger, Innes never sings as if his heart is really in it, even his tribute to his wife – “Song For Yvonne” – somewhat lacking passion. His very English tendency to undersell his work explains why How Sweet To Be An Idiot begged to be ignored in its time, but for all that, the passing years have treated this music kindly. Innes was no visionary, but his unshowy delight in crafting a middle eight and whittling a clever chorus shines through. An idiot maybe, but no fool.