The New Zealand songwriter makes her best album yet 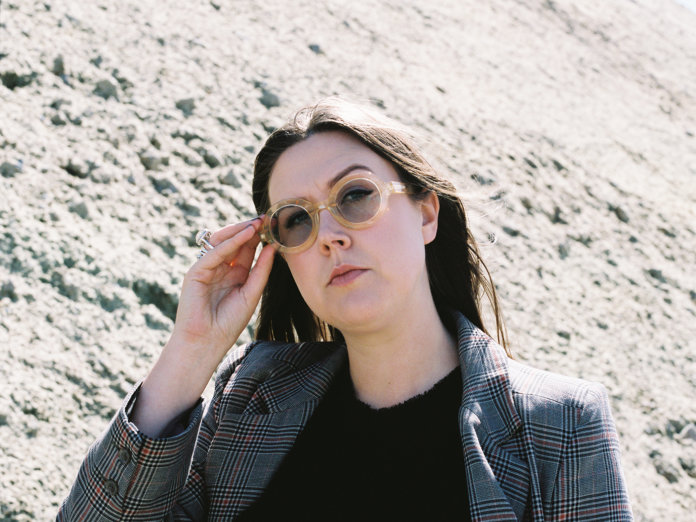 With Out Of My Province, Nadia Reid has created a folk-rock symphony from a spartan seed. Writing amid the alternate freedom and isolation she felt during extensive touring for 2017’s breakthrough Preservation, Reid channels the personal to universal effect. “They say that suffering will make a woman wiser/I have been asked if I am some sort of survivor,” she sings on “High & Lonely”, just one in a series of portraits where conflict gives way to enlightenment, and wisdom is revealed in an economical few lines. “All I know is I have kept myself steady/I walk that line between the darkness and the ready,” she concludes. Hers is just one woman’s journey, but this tightrope act between cautious hope and abject despair is a tale of every woman, a precarious balancing act that comprises our everyday modern existence.

New Zealander Reid is known for her arresting guitar-and-voice recordings, sounding as if they could have been tracked in 1969, 1999 or 2019. Her singing falls somewhere between the lithe grace of Tramp-era Sharon Van Etten and the power and drama of North Star Grassman-era Sandy Denny, alternately hushed and breathy, vibratory and meteoric. And Out Of My Province retains the earthen quality of her previous works, but with an added confidence, her words enunciated with a newfound assurance. “Since making my first record in 2014, I’ve become a more confident singer,” she explains. “The vocals, clarity and diction are a result of a clearer vision in the studio, too. We all agreed ‘song’ and ‘voice’ would be the main events.”

Reid traveled to Richmond, Virginia to record at the home studio of Matthew E White’s Spacebomb Records, under the guidance of producer Trey Pollard, who’s worked with White, Natalie Prass, Helado Negro and others. Both Reid and the Spacebomb operation have distinctive and readily identifiable sonic fingerprints: she is somber and minimal, while the Richmond collective lean towards the robust and groovy. Backed by the Spacebomb house band, and longtime guitarist Sam Taylor, the two sides meet in an effortless sublimity. Reid fleshes out her stripped-down origins with whispers of instrumentation and experiments with vocal phrasing, while Spacebomb’s signature multi-layered grooves are heard throughout, but in a folky paired-back form. Each of the album’s 10 songs manage to elegantly teeter without toppling into the overly referential or experimental sides of the sonic canyon. They recall the greats while also plotting a map of the future.

“Get The Devil Out”, about self-mutilation and self-acceptance, is a bare-faced soliloquy sung out in front of guitar picking and silken strings, spotlighting Reid’s full-throated lyrical promise that the forces of the world will, “never take it from me.” On “Oh Canada” we find her narrator in the momentum of love, galloping alongside drums, organ, bass, electric and acoustic guitar, and gentle brass accents. “I Don’t Wanna Take Anything From You” places her voice over a cinematic orchestra of electric guitar picking, brushed drums, bursts of strings and slivers of slide guitar, a dramatic rendering of nostalgia and hope for love and home. Reid’s talent for slyly flipping the lyrical script is evident throughout the album, but perhaps most gloriously in “The Future”. Over a march of acoustic guitar and snare taps she sings of women – a sister, a mother, a friend – and what they have experienced and shared, their anger, worry and hope. “I was waiting for you,” Reid repeats in between these character sketches. “To be better,” she concludes after the last recitation.

Above all else, Out Of My Province is an album of reflection and rebirth, of a woman finding her footing amid change and life’s big questions. Reid not only traveled extensively during its making, she also navigated a break-up, a move and the bridge between her mid- and late-twenties. Amid such rapid transformation, it happened that the only reliable constant was herself, and her maturing sense of that self. There are times when being alone prompts loneliness, but there are also times when it leads to a deluge of riches.