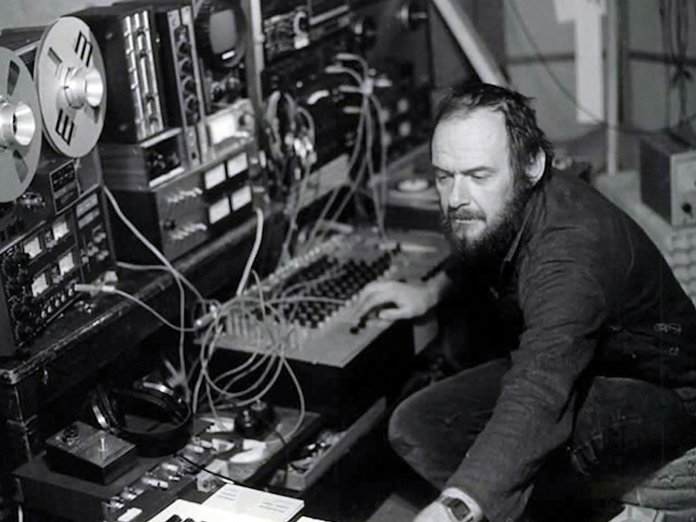 The early years of this Belgian multi-instrumentalist and composer, who made his first public appearance on classical piano at the age of six, just 14 years before touring Europe with the Quincy Jones Orchestra, point to a long and productive career. He enjoyed both, but rather than taking the straight highway, Vandroogenbroeck chose the exploratory
side roads.

He’s best known as the leader of Brainticket, the experimental band he founded in 1969 whose sound was a fusion of jazz, kosmische and cosmic rock/prog, with his flute and keyboards paramount and electronics added. He steered Brainticket through various incarnations and lay-offs until his death in 2019, aged 81, but it wasn’t Vandroogenbroeck’s entire life’s work. In 1980 he started working for Germany’s Coloursound Library and over the next 10 years recorded (and produced) around 20 albums of “mood music”, either anonymously or under aliases – Joel, JVDB, Eric Vann and VDB Joel. It wasn’t a launch into the complete unknown for either party, though: the Belgian had released a solo ambient album (as VDB Joel), L’Immagine Del Suono, in 1972 for Italian label Flirt.

Far View is a collection of 15 tracks drawn exclusively from across Vandroogenbroeck’s years with Coloursound, in remastered analogue form. If the titles necessarily leave little to the imagination, styles and moods range far and wide, though as you’d expect, many reflect the trends of their time. “Fairy Tale” is a strong opener, a burbling, Can-like invocation with a haunting flute motif and shakers strikingly high in the mix. Lifted from 1980’s Contemporary Pastoral And Ethnic Sounds, it’s one of the LP’s few collaborative efforts: also credited is W Rockman, who founded the library-music label Sonoton under his real name, Gerhard Narholz. He also features on “Rocks”, from the same album but very different: with its ’60s spy-flick mood, employing keyboard honks, judicious guitar splashes and again, hissing shakers, it’s reminiscent of a David Holmes creation. “Group Meditation” and “Summer Clouds” (from Meditations Vol I, 1980) are of a New Age kind, the former (at 14 minutes) reflecting Vandroogenbroeck’s visit to Bali, the latter his admiration for Tangerine Dream and Klaus Schulze. At the other end of the mood spectrum are “Oil Tankers” (Industrial Retrospect, 1981), which adds languidly funky keys accents to head-nodding beats and echoey electronics, and the terrifically titled “Chipland Liquids” – from 1987’s Digital Project, it’s clearly influenced by Chicago house and Detroit techno. “Easy To Love”, from 1982’s However, is a rather queasy mix of New Age waft and jazzy soft rock, but it squeaks under the wire on grounds of historical interest.

Archival library-music albums can sometimes play as slight, relying too heavily on their value as cultish obscurities to carry them. Far View, though, is a fascinating and substantial sampler of one chapter in a maverick artist’s long career.