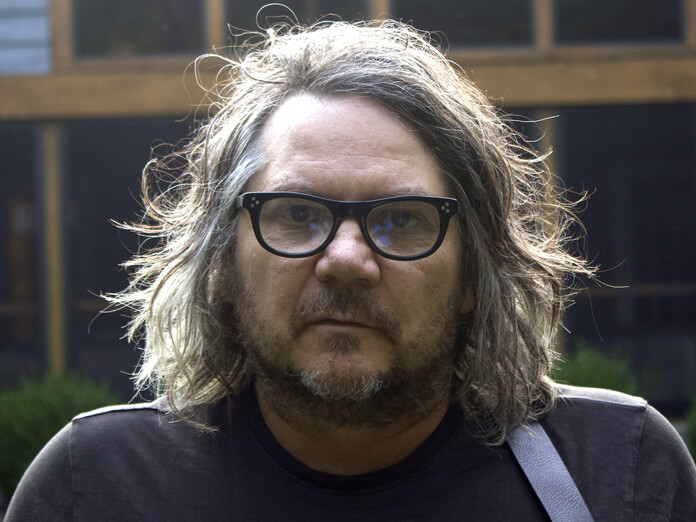 During the enforced idleness of the early months of the Covid-19 pandemic, many people hatched ambitious plans: reading unreadable books, mastering a language, baking virtuous sourdough. For Jeff Tweedy, the global crisis truncated a Wilco tour, and he found himself at home with his family. His son Spencer lives at home anyway, and his other son, Sammy, returned from New York to do remote schooling.

Tweedy had tuned in to the discussion about creativity during times of quarantine, and had learned (the arguable fact) that Shakespeare wrote King Lear while sheltering from the plague. What to do? Well, in times of stress, as in all times, Tweedy’s habit is to visit his Chicago studio, The Loft. There, he planned to write a country album named after Shakespeare’s greatest tragedy, producing a song a day.

Love Is The King is not that record. Tantalisingly, Tweedy suggests that a number of straightforward country-style songs were recorded before his own instincts started to kick in. True, if Shakespeare had gone countrypolitan, he might have taken his sense of jeopardy, his troubled masculinity, his interest in tempests as an emotional metaphor and created something similar. “Ripeness is all,” says Edgar in King Lear. “Oh, tomatoes right off the vine,” croons Tweedy in “Guess Again”, “we used to eat them like that all the time.”

This album marries Tweedy’s mature emotional outlook (love is all, and is a dream worth dreaming) to the workaday manners of Uncle Tupelo or the Woody Guthrie project, Mermaid Avenue. There’s a home video lurking on YouTube of Tweedy sitting on his sofa, strumming his way through Talking Heads’ “Heaven”. The sound of Love Is The King is what you’d expect from the bar band in that song: briskly functional, with an enduring tension between Tweedy’s balmy vocals and the electric guitar, which arrives in these songs like a deluge.

“I always think that the electric guitar player, who’s me, is the guy who’s having the toughest time dealing with everything,” Tweedy tells Uncut. “He’s a little bit frayed. He showed up for a different type of session, his nerves are getting the better of him.”

Occasionally, broader influences seep through. The playful “Gwendolyn” has the wayward electricity of the Faces, and a heroine who sounds the sort of paramour the young Rod Stewart might have conquered and regretted. For Tweedy it acknowledges his habit of finding himself several steps behind a woman, emotionally. The title track has a languid rhythm that is almost obliterated by the guitar, and a lyric that marries the Lear-like outlook of the narrator (“At the edge/Of as bad as it gets”), to flashes of current affairs; tanks in the streets and violence.

That mood spills into “Opaline”, a honky-tonk lament that playfully blurs images of death, paranoia and dread. The inspiration for the song is more prosaic. The lyric is addressed to a golden orb-weaver spider that lived in Tweedy’s backyard through spring and summer before abruptly disappearing, presumed dead. The song’s most troubling image, of a hearse stuck at a toll gate, actually happened. Tweedy saw the funeral car, parked in its own metaphor, when escaping Chicago via the skyway to Michigan. “I kept looking in my rear-view mirror, thinking, ‘Holy shit, that’s one of the worst things I can think of,’” he says with a laugh. “A guy driving a hearse with no change for a toll.”

On paper, it sounds tormented. In reality, it doesn’t. As a singer, Tweedy patrols the trunk road between regret and resilience. Straight-legged sincerity, when he chooses to use it, is a good look: see the thankful love song “Even I Can See”. Tweedy is probably more instinctively comfortable undermining himself, as on the countrified “Natural Disaster”. That song’s image of “a lightning bolt punch a bird right out of the sky” may be a nod to the sudden death of a flamingo in Charles Portis’s book The Dog Of The South. On a further literary note, Tweedy’s pal, author George Saunders, provides a couple of lines to the sprightly “A Robin Or A Wren”, a song that manages to roll together romantic devotion, love of life, fear of death, and a playful suggestion of reincarnation. Saunders’ lines are about “the end of the end of this beautiful dream”. Tweedy, with his unerring ability to find himself while getting lost, ushers in a conclusion that is happy and sad, with hope kept aflame by his faith in the power of song.