Back to the future with belated prequel 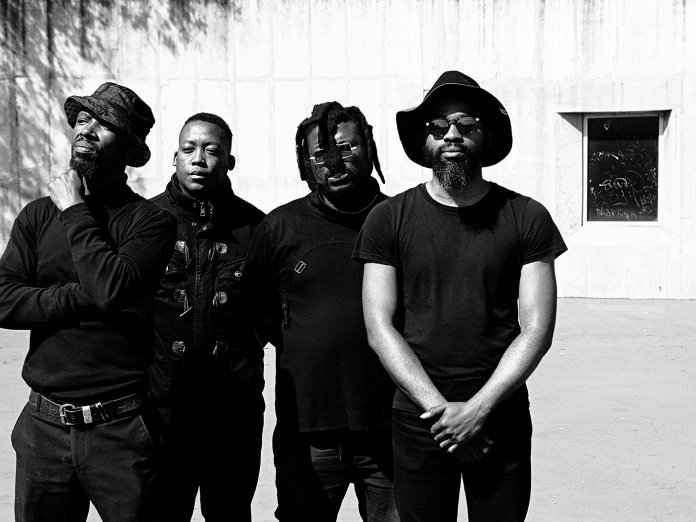 Bands like BLK JKS don’t come along often, especially in places like Johannesburg. There was no South African indie rock scene to speak of when the group emerged from the city’s Spruitview district in the mid-2000s, and their distinctive sound – a blend of kwaito, dub and township soul fired through a prism of dissonant alternative rock – made them a hot ticket. Diplo invited them out to New York to play their first American shows. Dave Grohl called their 2009 album After Robots his favourite album of the year. They kicked off the 2010 World Cup at Soweto’s Orlando Stadium with a live collaboration with Alicia Keys. Superstardom beckoned.

But things didn’t quite go to plan. Reluctant vocalist Lindani Buthelezi departed and then they split with their label Secretly Canadian. While the band remained an active concern – invited on tour with Foo Fighters and collaborating with artists such as Thandiswa Mazwai and Vieux Farka Touré – it was starting to look like that second record would never come.

But 12 years on from After Robots, Abantu/Before Humans is finally here. It comes complete with a lurid storyline. The master tapes for the original album, recorded over a few months in a makeshift studio at the Soweto Theatre orchestra pit, were stolen in a studio break-in. The group couldn’t let it go, so a year later they went back into the studio and re-recorded it in three days. While we can’t say for sure, it’s certainly possible that the version of Abantu we have here is the definitive one; it feels powered by a sense of urgency, a need to summon itself into existence.

On their debut, BLK JKS sounded excited by the prospect of exploring their influences, and that excitement was infectious. But time has brought focus and Abantu feels more comfortable in its skin as a result. Its sound is rooted in windswept desert rock, albeit one often punctuated with feats of carefully controlled rhythmic pyrotechnics and bursts of brass courtesy of new recruit Tebogo Seitei. The loss of a lead singer is a tough one to bounce back from but the group have reacted to Buthelezi’s departure by all stepping up to the mic, singing in chorus or contributing parts. It’s a potent combination too. Consider Running – Asibaleki/Sheroes Theme, which collides snaking dub basslines, fiery afrobeat horns and wild percussion breakdowns before closing on a group chorus that hangs heavy with pathos.

A lengthy subtitle on the album’s sleeve positions Abantu/Before Humans as “a complete fully translated and transcribed Obsidian Rock Audio Anthology chronicling the ancient spiritual technologies and exploits of prehistoric, post-revolutionary afro bionics and sacred texts from The Great Book on Arcanum”. It’s some ambitious framing. Luckily the songs largely meet that bar, powered by a philosophy that straddles the political and the spiritual. “Harare” is a wistful musing on migration, memory and mortality, delivered by one of the record’s few guests, famo singer Morena Leraba. A track titled Yoyo! – The Mandela Effect/Black Aurora Cusp Druids Ascending, meanwhile, is more or less as remarkable as its title. It starts with a bold chant: “They’ll never give you power/You have to take the power”. But the agitprop gradually softens into something more nuanced, a reflection on human nature and the importance of self-actualisation as a way to scale barriers.

BLK JKS come from what Desmond Tutu called the “rainbow generation”, the first South Africans to grow up out of the shadow of apartheid. Few miss those days of discrimination and division but modern South Africa is no utopia and this music reflects that. Abantu’s best moments grapple with the pain of the past in an effort to transform it. Sometimes this results in something beautiful – see the rousing Maiga Mali Mansa Musa, which features guitar from Vieux Farka Touré. Other times, it feels more pointed. Mme Kelapile (“The Hunger”) is the closest the album gets to vengeful. Set to a beat based on a children’s playground song that mimics the rhythm of the train tracks that would ferry men to South Africa’s notoriously treacherous mines, you can hear a thirst for retribution rippling through its grooves.

The group have explained that Abantu should be thought of as a sort of prequel to their debut, which might be temporally confusing but, given the album’s recourse to mysticism and ancestral tradition, it makes some sense. Still, on their second album, BLK JKS are unquestionably facing forwards. Abantu/Before Humans is true 21st-century roots rock, drawing on new tools and new techniques to illuminate the way forwards.