Debut from this year's Girl Most Likely To, heir presumptive to Amy Winehouse 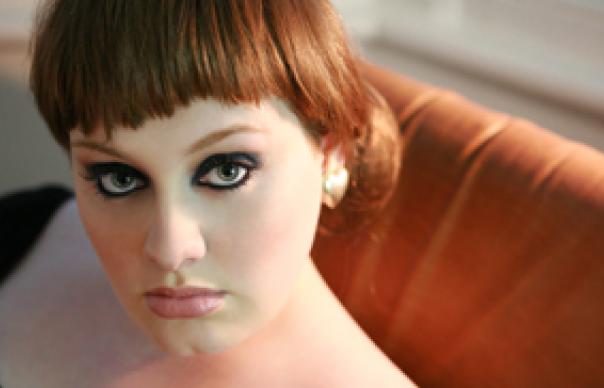 Some days it feels like we’ve gone back to the early ’80s, when every other month would produce a new Best White Soul Voice You’ve Never Heard, a boy or girl who’d in due course turn out to be Just Another Cravenly Ambitious Pop Star. They all got the treatment – Mick Hucknall and Marti Pellow, Alison Moyet and Lisa Stansfield – and nobody gives a toss about ’em today.

In the wake of Amy Winehouse – who turned out to be the real thing after all – labels great and small scrambled to find their own mockney-soul diarist-exhibitionists. The biggest hype thus far has been bestowed on 19-year-old Adele Atkins, pride of West Norwood and owner of a larynx whose vocal range uncannily replicates the timbre and catch-in-the-throat hoarseness of the amazing Amy W. Actually, what Atkins sounds like is Winehouse infused with the suburban street smarts of Jamie T, who released the first Adele single (“Hometown Glory”) on his own Pacemaker label.

Allowed this gnarled rock-scribe veteran a measure of scepticism. Adele can certainly sing, but ’19’ reeks of some A&R trendhound making it his/her biz to sign The New Amy and not resting till s/he’s found the right chick from South London to fit the bill. Where ‘Back to Black’ sounded emotionally and musically true, almost everything on the covers-all-bases ’19’ sounds like it was absorbed by osmosis at the BRIT School (where she and Winehouse are alumni).

Veering between faux-soul and Hoxton hipness, Adele simply hasn’t found her own voice yet. The acoustic tracks that open the LP are awful: “Daydreamer”, about a bisexual beau, is ickily trite, “Best For Last” barely fit for a Heather Small cover. New single “Chasing Pavements” is a crisp little pop song that gives equally-tipped British singer Duffy a run for her money in the sub-Dusty stakes, but does no more than that. “Cold Shoulder” is Lisa Stansfield via Winehouse; “Crazy for You” wants to be Patsy Cline via Etta James but isn’t. The cover of Dylan’s “Make You Feel My Love” is as emotionally vapid as Trisha Yearwood’s.

Maybe Atkins just needs to live a little longer – or at least find her own Blake Fielder-Civil. It takes more than clubbing with Kate Nash and Jack Penate to be a genuine contender.