Flat real-life drama of US journalist's kidnap and killing, with Angelina Jolie 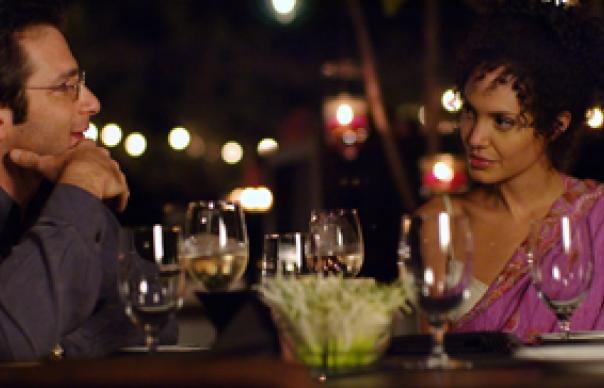 Michael Winterbottom’s latest is a dramatisation of the kidnap of Wall Street Journal correspondent Daniel Pearl, beheaded by terrorists in Karachi in 2002 for the crimes of being American, Jewish and a reporter. Based on the memoir of Pearl’s wife, Mariane (an unconvincing Angelina Jolie), A Mighty Heart is a taut, old-school matinée chase thriller – or would be if we didn’t already know how it ends.

Our foreknowledge that the desperate efforts of Pearl’s colleagues, US diplomats and Pakistani police are all in vain leaves A Mighty Heart struggling to generate any tension. It’s possible to see A Mighty Heart as a companion piece to Winterbottom’s Road To Guantanamo. But where …Guantanamo was an explicit condemnation of America’s heavy-handed policies, A Mighty Heart implicitly acknowledges that they may have their reasons.

Pearl’s killers are depicted as ruthless, dangerous and inexcusable, in particular their British ringleader, Omar Sheikh. The film never quite coheres, leaving little but the memory of a poised performance by Irfan Khan as the Pakistani police captain – a man caught, like his country, between aspirations of modernity and fear of the malignant primitivism within.