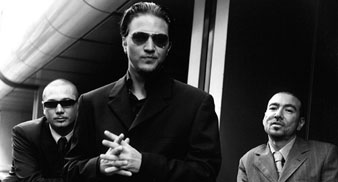 The third annual Wychwood Music Festival has been confirmed to take place in the surrounds of Cheltenham Racecourse on June 1-3.

Wychwood Music Festival is an independent festival that seamlessly mixes pop with folk, jazz with indie with world music and chillout.

The FLC will play the Friday, with other acts on the same day including Robyn Hitchcock and the Venus 3 – which consists of R.E.M.’s Peter Buck, Young Fresh Fellows front man Scott McCaughey and Ministry’s Bill Rieflin.

Friends of the Earth, are the festival’s partner and over the weekend will be encouraging festival goers to get involved with The Big Ask – the FOE’s campaign on climate change.

The Big Ask is calling on the UK Government to introduce a climate change law which commits the UK to cutting its carbon dioxide emissions by at least three percent a year.

You can get more information from the Wychwood Festival website by clicking here.