Uncut has 3 sets of The Boss' deluxe reissues to giveaway! 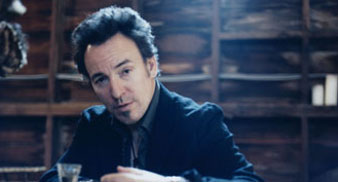 Uncut.co.uk has three sets of Bruce Springsteen‘s forthcoming back catalogue reissues to give away to three lucky readers!

As previously reported, Columbia records are reissuing 17 albums from Bruce Springsteen’s back catalogue this month, including everything from The Boss’ 1973 debut Greetings From Asbury Park to the five CD Live 1975-1985 collection – and all come packaged in deluxe double cardboard sleeves featuring the original vinyl artwork.

All the albums will be released on May 19, just prior to The Boss’ Ireland and UK stadium shows, which include the first shows to be performed at Arsenal Football Club’s home ground, the Emirates Stadium.

However, to be in with a chance of winning one of three sets, simply log in and answer the simple question HERE.

The full Springsteen dates are:

You can win a set of the following Bruce Springsteen albums:

Greetings From Asbury Park, NJ.
The Wile, The innocent & The E Street Shuffle
Born To Run
Darkness On The Edge Of Town
Nebraska
Born In The USA
Tunnel Of Love
Human Touch
Lucky Town
In Concert/ MTV Unplugged
Greatest Hits
The Ghost Of Tom Joad
18 Tracks
The Rising
The River
Live In New York City
Live 1975 – 1985