The songwriter will play record shops next week 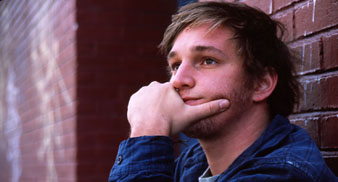 Uncut-acclaimed singer-songwriter Willy Mason has announced that he will play a handful of record shops at opposite ends of the UK, next week.

Promoting his new single “Save Myself,” from new album “If The Ocean Gets Rough,” Mason is preparing for an extensive US tour in March.

Hailing from Martha’s Vineyard, the troubadour is also continuing his offer to play any venues that fans suggest.

As previously reported, Mason is willing to play anywhere; from front-rooms to garages – the only things you need are a group of friends to enjoy the laidback gig and electricity!

If you’d like Willy Mason to play especially for you, email your details to tour.destination@gmail.com, stating your location in the subject line.

You can catch Mason at the following indie record shops next week:

His US tour dates so far announced are: