Band to release ‘All the King’s Men’ in October 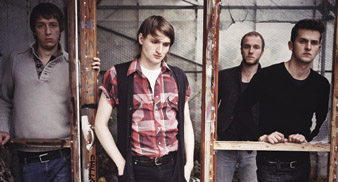 Wild Beasts will head out on a UK tour to celebrate the release of new single ‘All the King’s Men’ on October 05.

The track will be the second single to be taken from album ‘Two Dancers’.

The band are set to play a number of events, including Offset Festival in September, before heading out on their tour.

The string of nine headline dates throughout October will include gigs in Leeds, Brighton and London.

The band will then return to London in November to support White Lies at Brixton Academy (November 20).