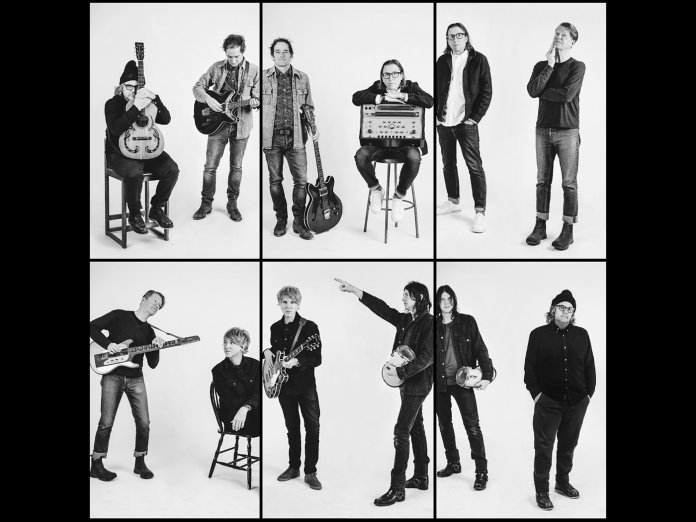 Wilco return with Cruel Country – their 12th studio album, released on May 27 with their own dBpm Records.

The news comes hot on the heels of their plans to release a series of Special Editions to mark the 20th anniversary of Yankee Hotel Foxtrot.

Cruel Country is a two-disc set, which is released the same weekend as the band’s Solid Sound Festival takes place in North Adams, Massachusetts – where the band will perform the album for the first time.

“There have been elements of Country music in everything we’ve ever done,” says Jeff Tweedy. “We’ve never been particularly comfortable with accepting that definition, the idea that I was making country music. But now, having been around the block a few times, we’re finding it exhilarating to free ourselves within the form, and embrace the simple limitation of calling the music we’re making Country.”

The usual Wilco line-up – Tweedy along with John Stirratt, Glenn Kotche, Mikael Jorgensen, Pat Sansone and Nels Cline – recorded the album live at The Loft in Chicago. “It’s a style of recording that forces a band to surrender control and learn to trust each other, along with each others’ imperfections, musical and otherwise. ” says Tweedy. “But when it’s working the way it’s supposed to, it feels like gathering around some wild collective instrument, one that requires six sets of hands to play.”

Continues Tweedy, “More than any other genre, Country music, to me, a white kid from middle-class middle America, has always been the ideal place to comment on what most troubles my mind—which for more than a little while now has been the country where I was born, these United States. And because it is the country I love, and because it’s Country music that I love, I feel a responsibility to investigate their mirrored problematic natures. I believe it’s important to challenge our affections for things that are flawed.”

“Country music is simply designed to aim squarely at the low-hanging fruit of the truth,” says Tweedy. “If someone can sing it, and it’s given a voice… well, then it becomes very hard not to see. We’re looking at it. It’s a cruel country, and it’s also beautiful. Love it or leave it. Or if you can’t love it, maybe you’ve already left.”

The album is available to pre-order by clicking here.

The tracklisting for Cruel Country is:

The band also have upcoming tour dates, including Black Deer Festival in the UK in June: