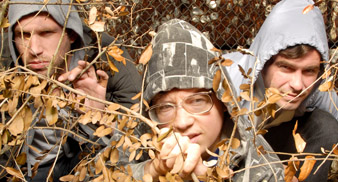 The tour kicks off a week after the release of their debut album Workout Holiday on June 23.

The band from Austin, Texas are set to perform at a handful of UK festivals, including two days at Glastonbury on June 28 and 29, and The Mighty Boosh’s bash in Kent on July 5.

The band also release their new single ‘All You Really Have To Do’ on July 7.