The AAA-sided single is the latest from Regal 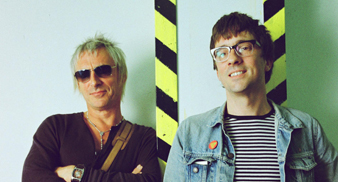 Paul Weller and Graham Coxon have collaborated on three new tracks together, for the third release from the Regal Singles Club.

The three-track, AAA-sided single will be available digitally on July 2, followed by a limited 500-run on 7″ vinyl.

Lead track on the release is called ‘This Old Town,’ and is a Coxon/Weller collaboration. ‘Each New Morning’ is a Graham Coxon composition and final track ‘Black River’ was written by Paul Weller.

Drumming duties on ‘This Old Town’ are performed by Oasis’ drummer Zak Starkey.

Talking about the collaboration, Graham Coxon said: “As a long time admirer of Paul I never dared imagine getting a chance to work with him so I was bricking it when we first met…but he is an absolute gent and a shockingly great singer and musician. It’s been a total pleasure.”

Weller has already returned the compliment by saying “I’ve always been a big fan of Grahams and love his work so it was exciting for me to work on something new with him.”