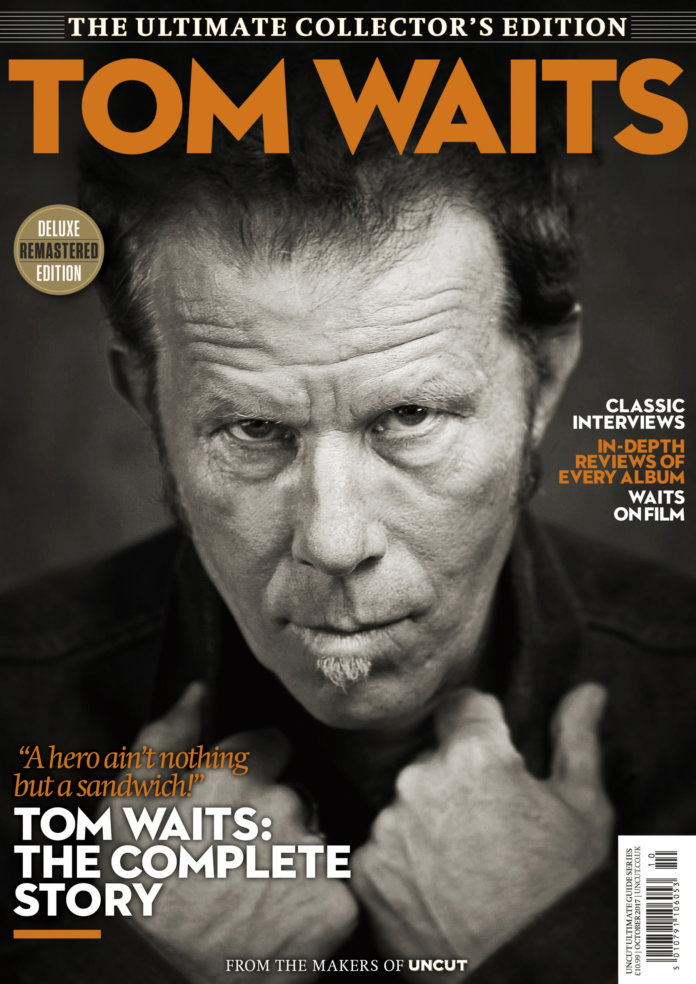 Tom Waits, as you probably know, is right about most things and amusingly duplicitous about most others. He is not, though, infallible. In October 1985, NME’s Gavin Martin met Waits at a diner on New York’s Lower West Side, for an interview squeezed in between Sunday babysitting duties and a visit from the in-laws.

Among the tall tales, Waits attempted to put journalistic pretensions in perspective. “Music paper interviews,” he told Martin, “I hate to tell ya but two days after they’re printed they’re lining the trashcan. They’re not binding, they’re not locked away in a vault somewhere tying you to your word.”

Those old interviews with NME, Melody Maker, Vox and Uncut might not constitute a legal contract: Tom Waits remains, to this day, free to contradict himself whenever he wants. They have, though, been locked away in a vault, waiting to be exhumed for this latest in Uncut’s series of deluxe, updated Ultimate Music Guides; available in UK shops on Thursday and, of course, from our online shop.

Tom Waits is regularly feted as one of the most inventive musicians of the past 40 years, but in these pages he’s also revealed as one of the most compelling raconteurs. Here, rescued from oblivion, we’ve republished a tranche of interviews that are full of beatnik strangeness, arcane wisdom and the most phantasmagorical shaggy dog stories. There is a trip to Bedlam, talk of “demented kabuki burlesque” and a career in golf, interviews sold for $29.95, and a great yarn about how Waits met Keith Richards while their wives shopped for bras. “The truth of things is not something I particularly like,” he admitted to Pete Silverton in 1992.”I go more for a good story than what really happened. That’s just the way I am.”

More reliable – and hopefully just as entertaining – are the comprehensive reviews of every Tom Waits album, provided by Uncut’s crew of nighthawks and junkyard scholars, and fresh insights into the making of those records by Waits’ closest collaborators. The antic spirit and evolving brilliance of Waits’ music is a given here, but it’s the remarkable consistency that becomes most striking as we chart a path between Closing Time and Bad As Me; a discography full of unexpected turns, but startlingly free of wrong ones.

Welcome, then, but proceed with care: don’t go into that barn!