Download campaign for the great singles that never made No 1 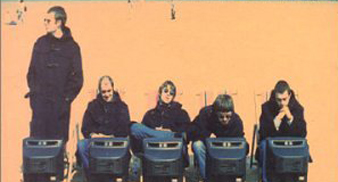 A new website is ambitiously trying to set chart history wrongs right, by organising fans to download back catalogue singles simultaneously, in an attempt to push them to the top of the charts.

7digital, the company behind www.itshouldhavebeennumber1.co.uk, are taking advantage of new chart rules that mean download sales alone, can now be counted towards chart positions.

A number of classic singles that missed the top spot are being targeted. First up is the loser in the great Britpop battle of 1995, Oasis’ “Roll With It”. The Gallaghers and co were pipped by Blur’s “Country House” that June, but maybe now they’ll be able to grab the coveted No 1 slot.

The site will donate all proceeds of the track sales to the Nordoff-Robbins Music Therapy charity, and explain their ambition by saying: “With your help, we plan to identify the songs we think were a number one hit, or should have been number one, but were kept from the top spot by some naff song.”