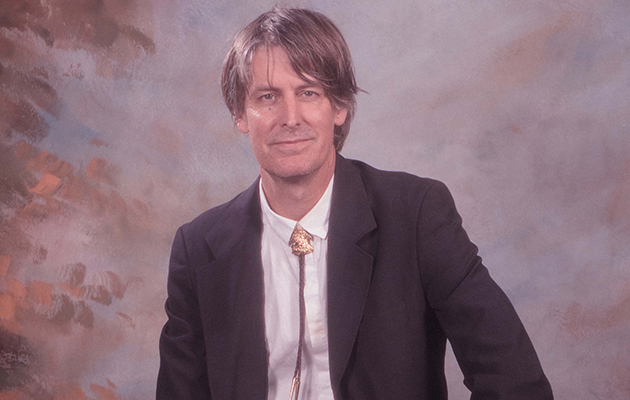 He revealed that Matador had rejected the album, leading Malkmus to make the more typical, guitar-based effort Sparkle Hard with his regular band The Jicks. But his Groove is not to be Denied, and the lo-fi solo effort is now coming out on March 15 via Domino.

Watch a video for the first single “Viktor Borgia” below”

“I was thinking things like Pete Shelley’s ‘Homosapien’, the Human League, and DIY synth music circa 1982,” says Malkmus of the song, “and also about how in the New Wave Eighties, these suburban 18-and-over dance clubs were where all the freaks would meet – a sanctuary.”

Pre-order Groove Denied here, including a clear vinyl version with bonus floppy disc and photo print. Check out the tracklisting below:

1. Belziger Faceplant
2. A Bit Wilder
3. Viktor Borgia
4. Come Get Me
5. Forget Your Place
6. Rushing The Acid Frat
7. Love The Door
8. Bossviscerate
9. Ocean of Revenge
10. Grown Nothing

Meanwhile, Malkmus’s former Pavement bandmate Scott ‘Spiral Stairs‘ Kannberg is also releasing a new album in March. Hear the title track from We Wanna Be Hyp-No-Tized – out on March 22 via Nine Mile Records / Coolin’ By Sound – below: