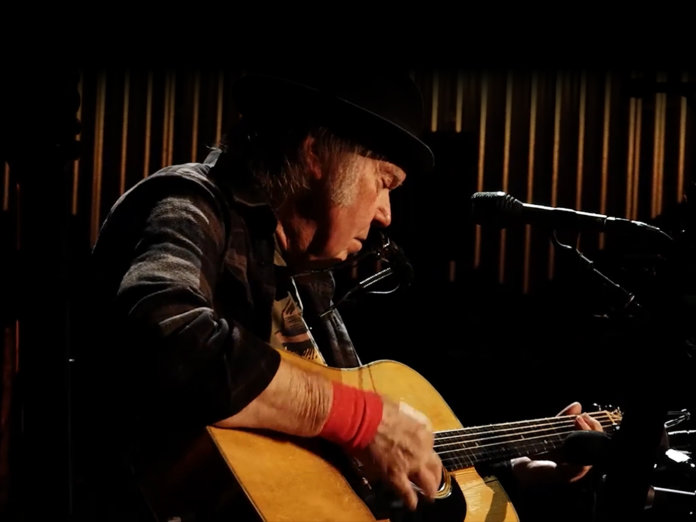 In response to recent events in the USA, Neil Young has posted a 2019 live acoustic version of “Southern Man” along with a call for “real change”.

Watch it here, but remember that you need to sign up to Neil Young Archives or have the app downloaded first.

“Here’s me as an old guy singin’ his 50-year-old song that was written after countless years of racism in the USA,” Young writes. “And look at us today! This has been going on for way too long. It’s not just Southern Man now… it’s everywhere across the USA. It’s time for real change… new laws… new rules for policing… ‘Change gonna come at last…'”

This particular version of “Southern Man” is taken from a concert film called Polar Vortex, recorded during Young’s solo tour of Wisconsin and Minnesota in January 2019, which Young states is “forthcoming” on NYA.