Watch exclusive footage of R.E.M. performing “So. Central Rain” in 1983

The clip is from the band's forthcoming DVD compilation... 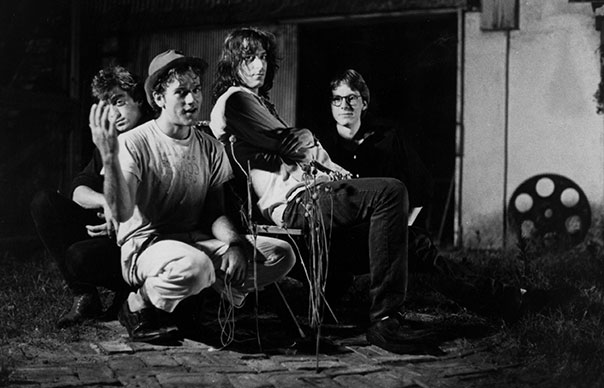 The clip is from the band’s forthcoming DVD compilation…

Ahead of the release of their REMTV DVD set, R.E.M. have offered us exclusive footage of the band performing live.

Scroll down to watch the band perform “So. Central Rain (I’m Sorry)” on Livewire, a kids’ talk show on the American television cable network, Nickelodeon. The footage dates from 1983.

REMTV is a six part R.E.M. DVD collection, which collects the band’s appearances on MTV and related channels, from 1983 to 2008, and will also include a new documentary about the band as well as live performance and interview footage and awards show clips. The six DVDs will be available from Rhino on November 24.

Speaking about the collection, the band’s manager Bertis Downs commented: “It occurred to us that there’s all this footage of some of the band’s absolute career highlights sitting in some MTV vaults in London and New York and thanks to a lot of effort and digging and arranging, this is our chance to share that music with various generations of R.E.M. fans in a pretty unique release. And Alexander Young’s documentary is a fine way to tell the story of R.E.M. through its various twists and turns, as captured in real time by MTV’s cameras – it has some great funny bits too!”

You can pre-order REMTV here.

This clip is only available to UK viewers.