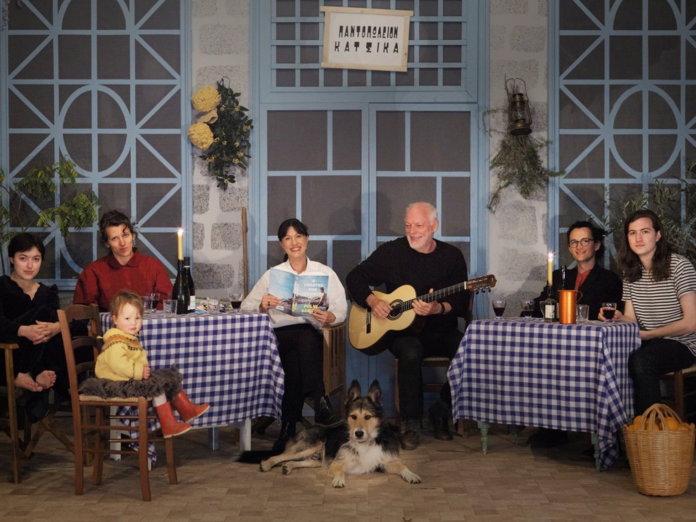 This month, David Gilmour and his wife Polly Samson were due to head out on a short ‘words and music’ tour to launch Samson’s new novel A Theatre For Dreamers, set on the Greek island of Hydra in 1960 and featuring a young Leonard Cohen.

Instead, they live-streamed a similar event from home, with Samson reading from the novel and Gilmour playing a couple of Cohen’s songs.

An Evening Of Words And Music With Polly Samson And David Gilmour has now been rescheduled for September. The dates are below and you can buy tickets by following the links.