The exhibition will run from March 8 to June 7 at the New York venue... 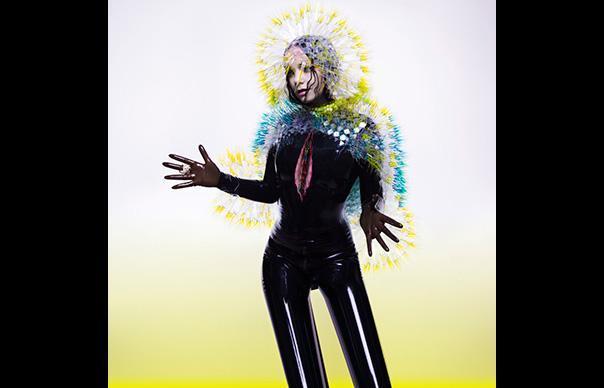 Björk has teased her upcoming exhibition at New York’s Museum of Modern Art by releasing a trailer for “Black Lake”.

“Black Lake” is “an immersive 10-minute music and film experience” by director Andrew Thomas Huang which runs alongside the song of the same name from her new album Vulnicura and is a main part of the exhibition. Simply titled Björk, the retrospective dedicated to her career will will use “sound, film, visuals, instruments, objects, costumes, and performance” to detail Björk’s career, reads a statement from the museum.

“The installation will present a narrative, both biographical and imaginatively fictitious, co-written by Björk and the acclaimed Icelandic writer Sjón,” continues the press release. The exhibition will run from March 8 to June 7 and begin at the same time as the artist’s series of live dates in New York. Vulnicura was released in January, two months early, as it had been unofficially leaked.

The Icelandic singer will perform two shows at New York’s Carnegie Hall and a further four at the City Center venue between March 7 and April 4 this year.

In addition to the new album and exhibition, the singer will also release a career retrospective book in March titled Björk: Archives. The book, which features contributions from directors Chris Cunningham and Spike Jonze, will chart the singer’s career through a mixture of poetry, academic analysis, philosophical texts and photographs.