He has teamed up with Paul Shaffer 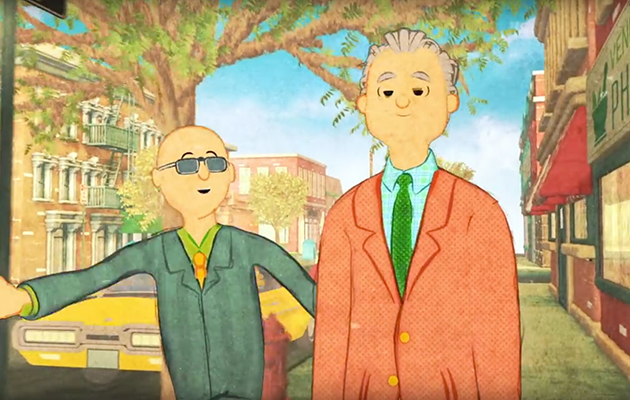 After all, it’s hard not to enjoy tales of the actor performing karaoke with strangers, crashing stag dos or bartending at SXSW.

There is an especially heart-warming website called Bill Murray Stories, where members of the general public are invited to submit photographs and anecdotes of themselves featuring Bill Murray. Each one details unusual and random encounters with Murray at baseball games, on the golf course, or the Duty Free at JFK airport.

The stories carry headlines like, ‘Autograph At My Wedding’, ‘One Unbelievable Elevator Ride, Part 2’ and ‘Bill Murray Ate Church’s Chicken At My Choir Rehearsal’.

In the perfect Uncut meeting of the minds, it is even possible to watch Bill Murray sing Bob Dylan.

For his latest venture, Murray has teamed up with Paul Shaffer – an old comrade from the Saturday Night Live days who subsequently became musical director and sidekick for David Letterman‘s shows.