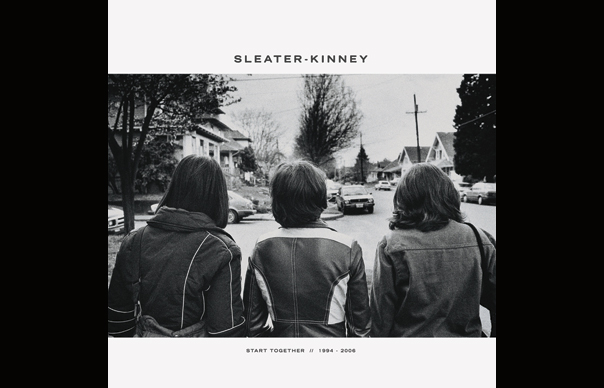 The boxset reissue of Sleater-Kinney‘s discography has been revealed to contain a mystery 7″ record featuring previously unheard music. Scroll down to hear a snippet of the new song below.

The track, believed to be titled “Bury Our Friends“, appears on a record included in the new Start Together boxset.

Sub Pop Records will put out Start Together on October 20. The release is limited to 3,000 copies and will contain remastered versions of all seven of the band’s albums on coloured vinyl as well as a hardback book featuring never-before-seen images of the band. A snippet of “Bury Our Friends” can be heard below.

Wondering Sound subsequently discovered that searching for the song “Bury Our Friends” on Shazam leads to artwork for either a single or album titled No Cities To Love.


Sleater-Kinney released seven albums between 1995-2005 with their self-titled debut album being followed by Call The Doctor, Dig Me Out, The Hot Rock, All Hands On The Bad One and One Beat. The band’s most recent album, The Woods, was released in 2005.

Speaking after that gig, Brownstein hinted at a reunion, saying that she felt the band had “more to say”.

Sleater-Kinney went on indefinite hiatus in 2006 with Brownstein going on to form Wild Flag with the band’s drummer Janet Weiss as well as write and star in US TV show Portlandia.