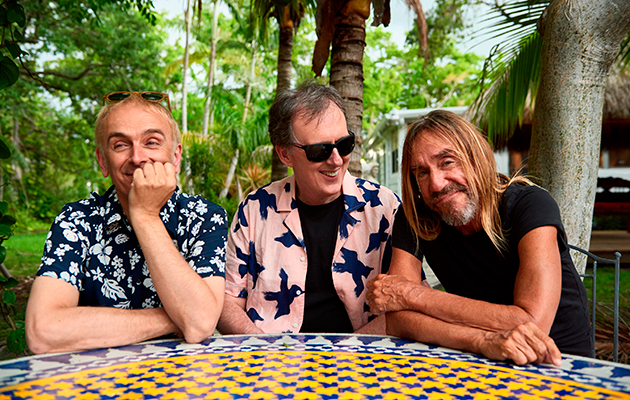 Following the surprise release of the uproarious “Bells & Circles” last month, Underworld and Iggy Pop have revealed they’ve made a full four-track EP together.

Teatime Dub Encounters will be released by Caroline International on July 27. Hear another track from it, the more contemplative “I’ll See Big”, below:

The EP arose from a meeting between the two parties to discuss a collaboration for the soundtrack of Danny Boyle’s T2 Trainspotting.

Iggy Pop describes how he arrived at London’s Savoy hotel to discover that Underworld’s Rick Smith had set up an entire temporary studio: “When you are confronted with somebody who has a whole bloody studio there in the hotel room, a Skyped director who has won the Oscar recently and a fucking microphone in front of you and 30 finished pieces of very polished music, you don’t want to be the wimp that goes ‘uh uhhh’, so my mind was racing.”

The lyrics for “I’ll See Big” were inspired by a conversation Iggy had with Danny Boyle about the subtext of T2 Trainspotting.