Alberta Cross sound like they're from a trailer park in Tallahasse, but they're not 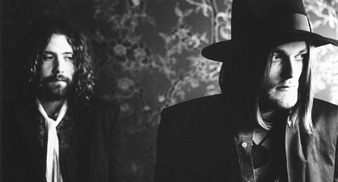 The Neil Young and Crazy Horse inspired band Alberta Cross, release their debut album “The Thief & The Heartbreaker” this week.

Described as “windswept, classic rock” by Uncut editor Allan Jones in his four-star rated review, the Anglo-Swedish songwriting partnership of Terry Wolfers and Petter Ericson Stakee borrows much from Young, Van Morrison and The Band.

“The Thief & The Heartbreaker” is available through Fiction Records from today (April 2).

They play Manchester Academy on April 19 as guests to the Archie Bronson Outfit and Glasgow, The Arches with Simian Mobile Disco and others.

A hauntingly beautiful track “Lucy Rider” from “TT&TB” appears on the latest Uncut playlist CD, available with the May issue, on sale now.

Check out the band’s MySpace page here for more information

Check out the video to song “Hard Breaks here”: