U2 RELEASE THE TITLE OF “BEST OF”

And there’s a live recording coming too 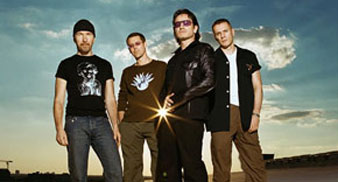 U2 have announced that their forthcoming “Best of” compilation, released on November 20, will be called “U218 Singles.”

As previously announced on uncut.co.uk, the album will feature 16 of the band’s most popular songs. The tracklisting will be revealed to uncut.co.uk next week.

One of these is the forthcoming single and collaboration with Green Day, a cover of The Skids’ “The Saints Are Coming.”
Proceeds from the single will go to the Hurricane Katrina charity “Music Rising”.

As well as new tracks, the album will feature a limited edition bonus live CD, featuring 10 songs from the Milan date on the band’s 2005 “Vertigo” tour.

To complete the audio-visual package, there will also be a singles collection DVD to accompany “U218 Singles.”