U2 on controversial tax arrangements: “Was it totally fair? Probably not”

Band have previously been accused of tax evasion... 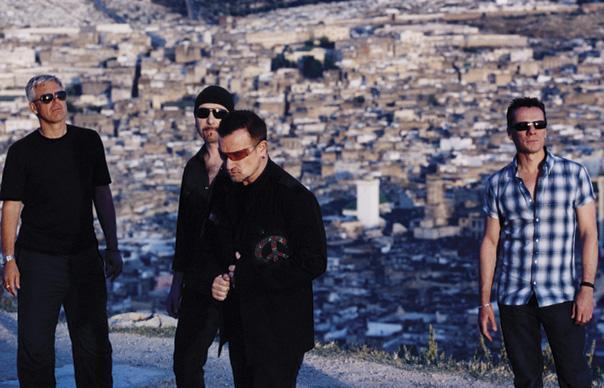 Band have previously been accused of tax evasion…

U2 have discussed their controversial tax arrangements with the band asserting they have acted with full transparency.

In 2006, the company that handles U2’s publishing royalties was moved from their home country, Ireland, to the Netherlands in a switch many believed was made so the group could receive tax breaks. The decision has attracted much criticism, including a demonstration at their 2011 Glastonbury set that saw scuffles break out between protestors and security guards.

In a new interview with The Observer, the band have spoken about the controversy, with The Edge admitting the decision might not have been “totally fair”.

“Was it totally fair? Probably not,” said the guitarist. “The perception is a gross distortion. We do pay a lot of tax. But if I was [the Glastonbury protestors] I probably would have done the same, so it goes with the territory.”

Bono affirmed that the band’s financial dealings have been forthright: “All of our stuff is out in the open. How did people find out about it? Because it’s published. The sneakiness is when you don’t even know what’s going on.”

In 2011, The Edge defended the band after comments made by US federal worker Simon Moroney. In a letter published by The Baltimore Sun, Moroney said the band “exemplifies the worst characteristics of Wall Street, both for excess and tax evasion”.

Writing to the newspaper in response, The Edge said that suggesting U2 are involved in tax evasion is “possibly libellous”.

“For the record, U2 and the individual band members have a totally clean record with every jurisdiction to which they are required to pay tax and have never been and will never be involved in tax evasion,” wrote The Edge.

In their interview with The Observer, the band also spoke about new album Songs Of Innocence. The LP was released last month to coincide with the launch of the new iPhone 6 and iWatch in California. It was immediately made available on iTunes and free digital copies were delivered to all users.

“I absolutely had my doubts about it before we did it, and after, but it was the right thing to do,” said The Edge. “It was an opportunity that will only ever come around once for anybody. I don’t think anyone would want to do it again.”