'Signed D.C' and 'I've Been Loving You Too Long' are doing the rounds on the web 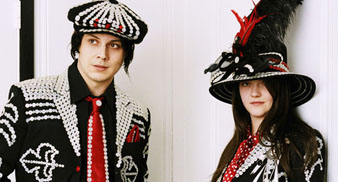 Two previously unreleased tracks from The White Stripes have begun to circulate online.

The tracks, which you can hear by scrolling down to the bottom of the page and clicking, are titled ‘Signed D.C and ‘I’ve Been Loving You Too Long’. The latter is a cover of Otis Redding‘s 1965 single.

Both songs were put on limited 7″ vinyl as part of Jack White‘s Third Man Recordings‘ exclusive series of From The Vault releases, made available to ‘platinum’ subscribers, but have now been placed online.

The tracks represent the first of a series of releases of previously unheard material, which Jack White indicated he would be putting out after the duo announced they were parting ways in February earlier this year.

White announced yesterday (July 12) that the latest music to be released on Third Man Recordings record label will be two tracks from rapper Black Milk on which he himself has acted as co-producer, also playing drums and guitar.