Tributes pour in for Leonard Cohen: “No other artist’s poetry and music felt or sounded quite like yours”

Cohen has died at age 82 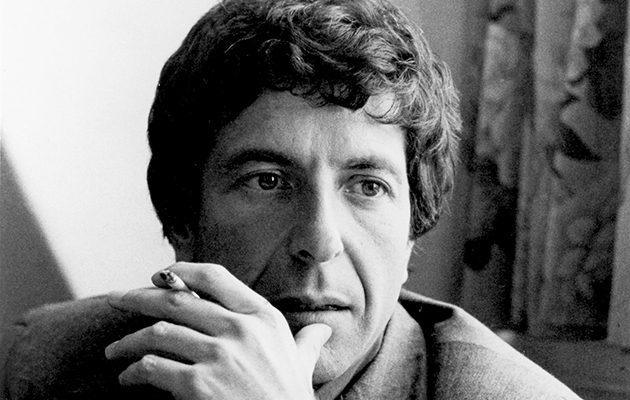 Tributes have been paid to Leonard Cohen, who has died aged 82.

“My father passed away peacefully at his home in Los Angeles with the knowledge that he had completed what he felt was one of his greatest records,” Cohen’s son Adam wrote in a statement to Rolling Stone. “He was writing up until his last moments with his unique brand of humor.”

The news was confirmed by Cohen’s record label, Sony Music Canada, in a post on the singer’s Facebook page:

“It is with profound sorrow we report that legendary poet, songwriter and artist, Leonard Cohen has passed away.

“We have lost one of music’s most revered and prolific visionaries.

“A memorial will take place in Los Angeles at a later date. The family requests privacy during their time of grief.”

Meanwhile, tributes have been paid by his contemporaries, including Joan Baez who wrote on her Facebook page:

“Bless Leonard Cohen. I met him in 1961, a mysterious, dark and gloomy, gifted songwriter, in the lobby of the notorious, dingy 60s-atmospheric pot and poetry Chelsea Hotel. Someone was throwing up in the phone booth. I was a newbie to it all.

“Over the decades, from the Village to the stage to the seclusion of a monastery, to his own seclusion, he gave us much of his wisdom and beauty in magnificent poetry and song.

Justin Trudeau, the Canadian prime minister, released a full statement on the passing of Leonard Cohen:

“It is with deep sorrow that I learned today of the death of the legendary Leonard Cohen.

“A most remarkable Montrealer, Leonard Cohen managed to reach the highest of artistic achievement, both as an acclaimed poet and a world-renowned singer-songwriter. He will be fondly remembered for his gruff vocals, his self-deprecating humour and the haunting lyrics that made his songs the perennial favourite of so many generations.

“Leonard Cohen is as relevant today as he was in the 1960s. His ability to conjure the vast array of human emotion made him one of the most influential and enduring musicians ever. His style transcended the vagaries of fashion.

“Leonard Cohen was made a Companion of the Order of Canada in 2003 and received many artistic honours during his lifetime, including being inducted into the Canadian Music Hall of Fame, the Canadian Songwriters Hall of Fame, and the American Rock and Roll Hall of Fame.

“He received a Lifetime Achievement Grammy in 2010 and was awarded the Glenn Gould Prize for lifetime achievement in the arts in 2011. In 2013, with a career already spanning more than fifty years, he won Junos as Artist of the Year and Songwriter of the Year for his 2012 album Old Ideas. His music had withstood the test of time.

“On behalf of all Canadians, Sophie and I wish to express our deepest sympathies to Leonard Cohen’s family, friends, colleagues and many, many fans.

“Leonard, no other artist’s poetry and music felt or sounded quite like yours. We’ll miss you.”

very upsetting news 2 learn of Leonard's passing. the world has 1 less gentle soul tnight. we thank u 4 the multitude of gifts u left us. jc

Dear Leonard Cohen, thanks for the quiet nights, the reflection, the perspective, the wry smiles and the truth #towerofsong

"There is a crack in everything,
That's how the light gets in."

Next year can only be better. Seeing Leonard Cohen walking on St Laurent street when I was 21 was enough to make me feel like I had a home

“Everything has a crack in it, that's how the light gets in.” – Leonard Cohen

Leonard Cohen has died. A different kind of sad today, bless him