The playwright and actor died on July 30 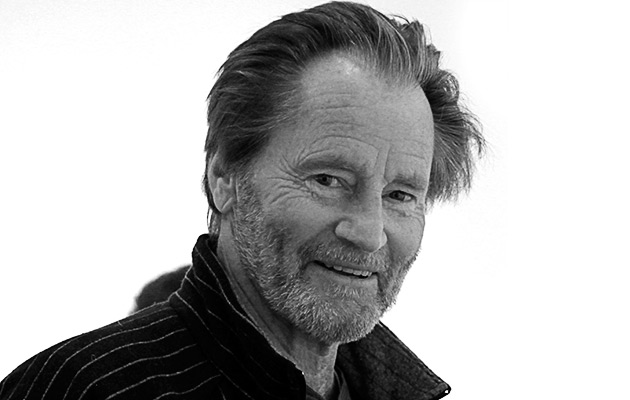 News of Shepard’s death broke yesterday [July 31]. He died of complications from ALS (motor neurone disease) at his home in Kentucky on July 30 surrounded by family.

Although best known as a man of words and letters, Shepard also moved in music circles. As a drummer, he played with the Holy Modal Rounders during the 1960s. He also travelled with Bob Dylan’s Rolling Thunder Revue during 1975; he documented his experiences in The Rolling Thunder Logbook. His creative partnership with Dylan led to the pair co-writing “Brownsville Girl” from Dylan’s 1986 album, Knocked Out Loaded.

On the Rolling Thunder tour, Shepard met T Bone Burnett, who later wrote music for a revival of Shepard’s 1972 play The Tooth Of Crime. Shepard and Burnett also formed a band, called Void, during the late 1990s.

Shepard is also thought to be the inspiration for Joni Mitchell‘s 1976 song, “Coyote”, from her album, Hejira.

During his career, Shepard wrote 44 plays; one his his earliest, 1971’s Cowboy Mouth, was written and performed by Shepard and his then lover, Patti Smith. Shepard also wrote the screenplay for Wim Wenders film, Paris, Texas.

Speaking to Uncut in July 2014, the film’s star, Harry Dean Stanton, recalled, “I was in Albuquerque, I think, with Sam Shepard. We were drinking and listening to a Mexican band. I said I’d like to get a part with some sensitivity and intelligence to it. I wasn’t asking for a part or anything, I was just free-associating, talking, right? I got back to LA, and Sam called me and said, ‘Do you want to do a lead in my next film, Paris, Texas?’ I said, ‘Only if everybody involved is totally enthusiastic about me doing it.’ Wim Wenders thought I was too old. He came to see me and finally he agreed to it after a couple of meetings. I just played myself.”

In a parallel career in front of the camera, Shepard is perhaps best known for his portrayal of Chuck Yeager in 1983’s The Right Stuff, which gained him an Academy Award nomination for Best Supporting Actor. His other on-screen credits included Terrence Malick’s 1978 film, Days Of Heaven.

Shepard continued to act – as Frank James in The Assassination Of Jesse James By The Coward Robert Ford, and genre films like Killing Them Softly and Mud and he a rare leading role in the 2011 western, Blackthorn.

His most recent book, The One Inside, was published earlier this year and contained a Foreword by Patti Smith.

Tributes have been paid to Shepard since news of his death.

Wearing my cowboy boots and raising a glass tonight in honor of the great Sam Shepard.

Jeanne Moreau, Sam Shepard thank you for enlighten us at 24 frames per second. RIP pic.twitter.com/fPi6HTLnzp

A great man of the theater has passed. Thank you, Sam Shepard. RIP.