The veteran of 1978's protest set for historic gig 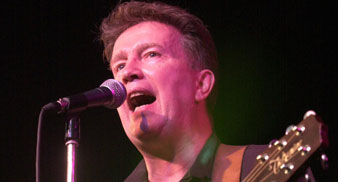 Tom Robinson, a veteran of the original Rock Against Racism Carnival, held in 1978 at London’s Victoria Park, is to take part in a gig celebrating its 30th anniversary.

RAR – Hope Not Hate, which takes place at London’s Brixton Academy on April 30, has been designed to raise awareness of the dangers of fascist groups in the hope people will vote against them in the London elections on May 1.

Other acts so far confirmed for the gig include Alabama 3 and Misty In Roots, while Tony Benn will speak at the event.

The original 1978 event also featured The Clash, The Buzzcocks, The Ruts and Generation X alongside Robinson and his band, and saw 80,000 people march through London to the free festival.