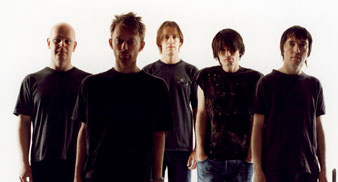 A new digital music show launches this month with exclusive performances from Radiohead’s Thom Yorke and The White Stripes.

From The Basement, a download only programme, will be innovative as it will have no host and no studio audience; instead the artist and their performance take centre stage.

The debut episode features a performance from Thom Yorke on the piano exclusively playing songs from the forthcoming Radiohead album, “Videotape” and “Down Is The New Up.”

Yorke enjoyed his solo performance, saying it “was exciting to get plugged straight into the mains. No producer director egos messing it up.”

Speaking about the intimate, simplicity of the show’s production, White Stripes’ Jack White says, “I don’t think a music program has recorded a performance on analog reel to reel in thirty years. It was beautifully filmed, and the sound quality makes a performance on a regular TV talk show sound like a wax cylinder recording. No host. Thank God.”

From The Basement launches on iTunes on December 18, and the second episode will be available in Febrauary.

Watch the trailer for the new music show – by clicking here to go to Fromthebasement.tv