It's the latest installment of Third Man Records' Vault Package 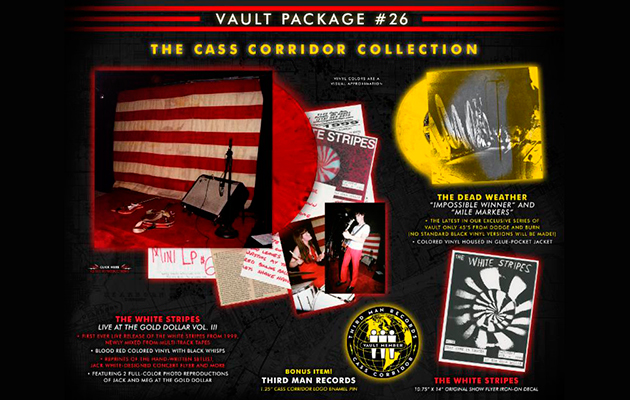 Third Man Records are to release The White Stripes: Live At The Gold Dollar, Vol. III featuring a live performance from early 1999.

The show took place at Detroit bar the Gold Dollar – the site of many early, historic gigs by the band – on Saturday February 6, 1999; shortly after they finished the tracking of their debut album.

This release forms part of the label’s Vault series.

The tracklisting for The White Stripes: Live At The Gold Dollar, Vol. III is:

The full Vault Package includes a newly mixed recording of the live set on blood red vinyl alongside reproductions of flyers Jack White created for the event, a handwritten set list, glossy photos and a seven-inch from the Dead Weather single series: “Impossible Winner” and “Mile Markers”.

The package is available to subscribers who sign up before October 31.