The Who to reissue ‘Live At Leeds’ album 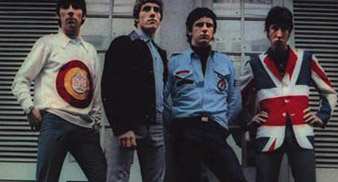 The Who are set to release a deluxe ‘Live At Leeds’ package containing a revamped version of the original 1970 live album.

‘Live At Leeds: 40th Anniversary Super-Deluxe Collectors’ Edition’ will be out on November 15. It will also include a restored live album from the band’s performance in Hull on February 15, 1970 – the night after the Leeds gig was recorded.

The original tapes for the Hull show were missing bassist John Entwistle‘s contribution due to a recording mix-up, but for this edition the parts have been added from the Leeds show.

“Hull was a better gig than Leeds,” frontman Roger Daltrey said. “I remember it like it was yesterday, although in retrospect ‘Live At Hull’ doesn’t really trip off the tongue!”

The two live albums will each come packaged in a two-CD set for each show as part of the collection. Also included will be a heavyweight vinyl reproduction of the original ‘Live At Leeds’ album, a hardback book, a seven-inch single of ‘Summertime Blues’/’Heaven & Hell’ and a Pete Townshend poster.