The Who’s Pete Townshend: ‘We feel the ghosts of Keith and John’

The Who's Pete Townshend has said he feels "the ghosts" of drummer Keith Moon and bassist John Entwistle onstage. The guitarist, who publishes his long-awaited memoir Who I Am yesterday (October 11), told Rolling Stone that he and singer Roger Daltrey feel the presence of their former band mates. 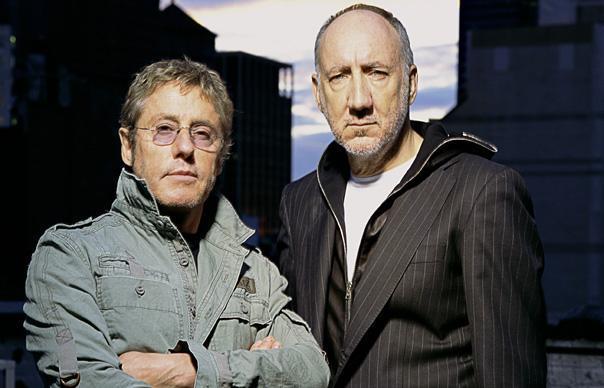 The Who’s Pete Townshend has said he feels “the ghosts” of drummer Keith Moon and bassist John Entwistle onstage.

The guitarist, who publishes his long-awaited memoir Who I Am yesterday (October 11), told Rolling Stone that he and singer Roger Daltrey feel the presence of their former band mates.

Speaking about the difficulty he faced continuing the band after John Entwistle‘s death in 2002, he said: “We feel the ghosts of Keith and John. The second phase of The Who in a sense was really when we started to tour again around the year 2000, 2001. We were still able to evoke the sound, particularly with Zak Starkey. Now it’s much more difficult even though Zak’s there. John’s sound was very big and rich and organic.”

He added: “When John died, there was a hole in the sound onstage and I was able to grow into that and find space. And I have to say as a guitar player, I prefer working without John. But as a member of The Who creating the incredible, powerful, driving, visceral sound, he’s gone. I can’t really do that again.”

The rocker also said that Daltrey had been pushing the band to take risks lately, adding that he had given the singer control of production and video for their up-coming North American Quadrophenia tour. “He’s working on a new dramatic scenario for it, working on a new video, trying to find a way to be comfortable being the narrator,” he said.

Last month, Townshend broke his silence on the child pornography scandal that engulfed him in 2003. He said his his decision to investigate child pornography was a product of “white knight syndrome, an attempt to be seen to be the one that’s helping”, adding: “I had experienced something creepy as a child, so you imagine: what if I was a girl of nine or 10 and my uncle had raped me every week? I felt I had an understanding and I could help.”

Townshend – who is the founder of sexual abuse charity Double O – paid a £7 charge to a child pornography site, which he cancelled straight away, to expose the financial chain of child abuse from Russian orphanages. When police discovered the files, he was cautioned and placed on the sex offenders register for five years after he admitted to breaking the law.