The Who, Richard Ashcroft to play gig for Killing Cancer charity

Jeff beck joins them on the bill next January 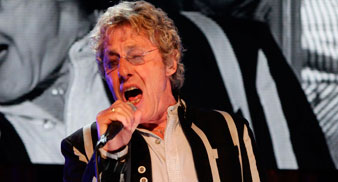 The Who are set to play a gig at London‘s HMV Hammersmith Apollo in aid of the Killing Cancer charity next January.

They will headline A Concert For Killing Cancer on January 13, joined by Richard Ashcroft, Debbie Harry and Jeff Beck.

The gig will raise money for the Killing Cancer charity, which helps to fund research into Photodynamic Therapy (PDT). The therapy destroys cancer cells with a single treatment.

Speaking about supporting the charity, Beck said: “Any new breakthrough in cancer treatment should be taken very seriously and we want as many people to know about that as possible. The concert is not just going to raise funds to pay for new PDT trials, but will also help raise public awareness.”

Organisers Harvey Goldsmith and Bill Curbishley say they hope the concert will increase public and corporate donations to Killing Cancer, and in turn speed up the launch of PDT trials for heart and arterial disease, cervical, vulval and penile cancer.

Tickets go on sale at 9am (GMT) on November 19. See Killingcancer.co.uk for more information.